Wednesday, June 16
You are at:Home»News»Sarawak»TommyBoy outlet at Boulevard Shopping Mall 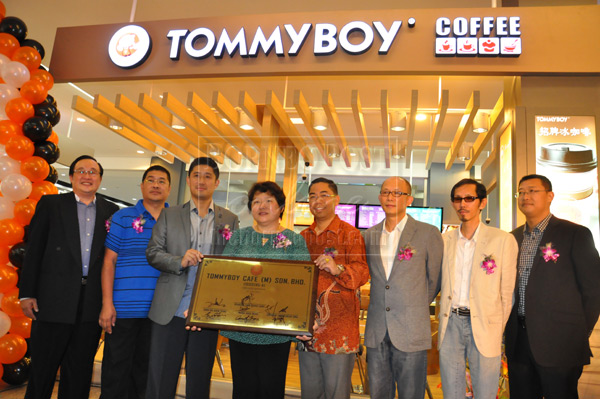 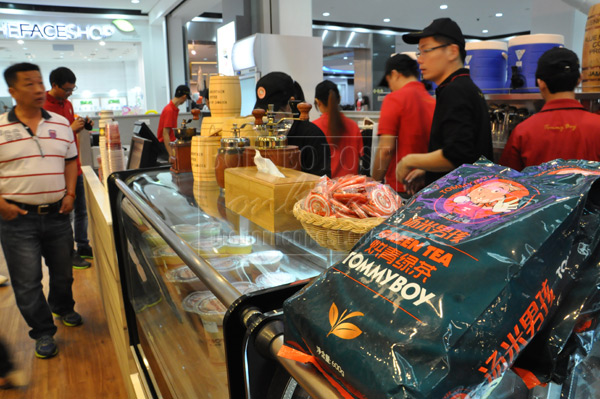 WHAT’S UP?: A customer looks at the beverage menu at the first Malaysian TommyBoy outlet at Boulevard Shopping Mall.

KUCHING: The first TommyBoy outlet in Malaysia is officially open at the new wing of Boulevard Shopping Mall here.

TommyBoy which offers a wide range of coffee and tea beverages was established in China in 2007. It has a huge fanbase reflected by its 110 outlets in China and Taiwan.

“All our products are made up of high quality ingredients imported from overseas,” said TommyBoy cafe Malaysia director Anthony Chiew during the grand opening yesterday.

Among the major highlight of the outlet is the average pricing of their products with quality exceeding other major international brands’.

From a self-service counter to ample sitting areas, the layout of the outlet suits everyone regardless of age and gender.

“Through research, we have concluded that the younger generation prefer to buy their drinks on the go, while the older generation love to enjoy their coffee while stretching their legs,” Chiew said.

He said TommyBoy outlets in China are designed based on a traditional coffee shop concept while the outlet in Malaysia adopts a westernised concept.

Chiew also said they are planning to open two more outlets in Kuching at Summer Mall and CityONE this year.

“Our Research and Development Division has developed a menu to suit global consumption,” added Liu.

The ingredients for their beverages have been tested and certified in China and Malaysia as safe for consumption.