Friday, July 10
You are at:Home»News»Sarawak»On the wrong side 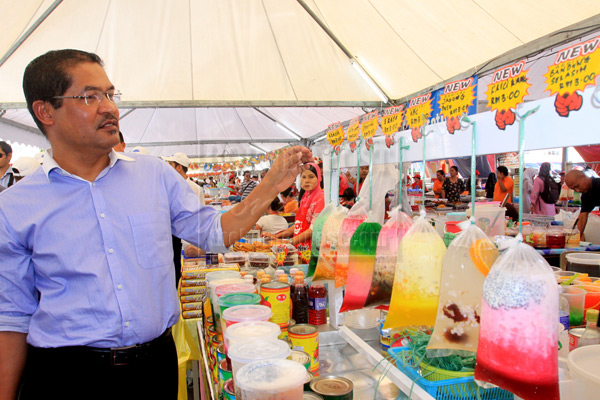 KUCHING: The state recorded the second highest number of trade violations in the country ever since the Ministry of Domestic Trade, Cooperatives and Consumerism (MDTCC) conducted its ‘Ops Harga’ earlier this month.

In revealing this yesterday, state MDTCC director Wan Ahmad Uzir Wan Sulaiman said a total of 77 cases of violation of the Weight and Measures Act 1972 and Price Control and Anti Profiteering Act 2011 were recorded following checks on over 8,713 premises throughout the state, which was only surpassed by Kelantan that recorded 78 cases as of July 21.

He further said checks on 440 food stalls at Ramadan bazaars yielded RM4,000 in compounds from traders who failed to display prices of items, with each compound set at RM100.

On the 77 cases, he said their confiscation value totalled to RM17,584.40 but notices under Section 21 have not been issued thus far.

“We are taking on-the-spot action because in the past our advice to traders went unheeded. Without displaying their prices, traders can manipulate the price of their food. Usually, a type of ‘kuih’ may be sold for RM1 for three pieces but without displaying the prices, a trader might sell it at RM1 for two pieces instead.

“Or maybe a bundle of vegetables might be sold for RM2 whereas the normal price is RM1. With clear signage of prices, consumers can make comparison,” Wan Uzir told reporters before the start of MDTCC’s inspection at Stutong Ramadan Bazaar here yesterday.

Pointing out that displaying of prices will influence consumers’ choice, he noted that traders would lower their prices but for smaller quantities to attract customers.

“Compounds can go as high as RM25,000 with fines around RM50,000 to RM100,000. However, the ministry will issue a minimum compound of RM100 on the spot for Ramadan bazaars because if the case is brought to court, it is not worth the whole month of the traders’ income at the Ramadan bazaars,” he explained.

For violation under the Weight and Measures Act 1972, he said items used like uncalibrated scales will be confiscated.

The inspection yesterday was jointly conducted with the state Health Department.

“We received complaints from the public on the quality of food such as sugar cane drink being mixed with water, stale food and such. This will be certified by the Health Department. We will focus mostly on prices of items,” he said.

On another subject, Wan Uzir said MDTCC will announce the 21 price-controlled items under the Festivity Price Control Scheme on July 26, which he said will cover a longer period of time than in previous years.