Saturday, January 25
You are at:Home»News»Sarawak»DAY 9: Sago worms, tebaloi, umai and all things about Mukah 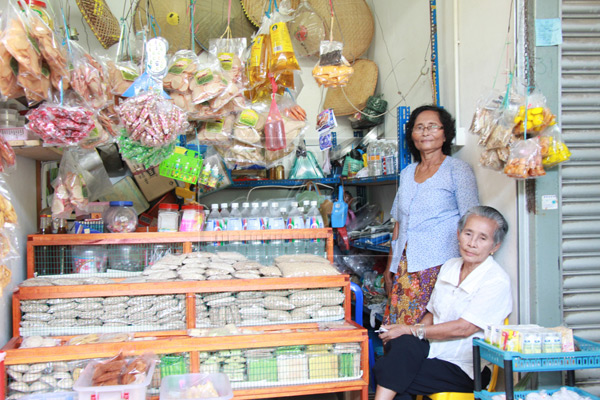 SPUNKY LADIES: Shopkeeper Alus Amin, 72, (seated) and Ungah Ili, 63, from Kpg Tellian Ulu pose for a photo at Alu’s small stall (no.32) at the Mukah Wet Market. Alus has been operating her stall for over 20 years. Among items she sells are local specialties sago balls and tebaloi crackers. 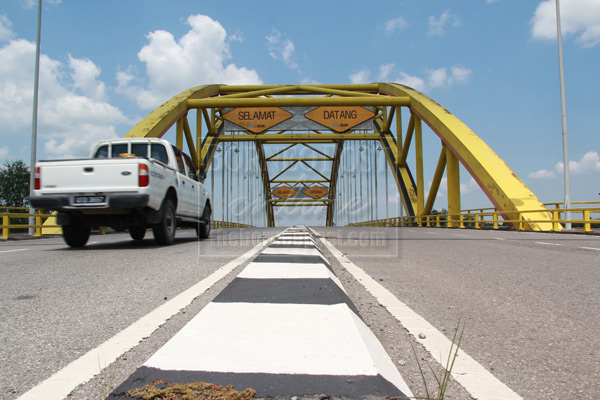 ALL YELLOW: The Batang Mukah bridge just outside the town. 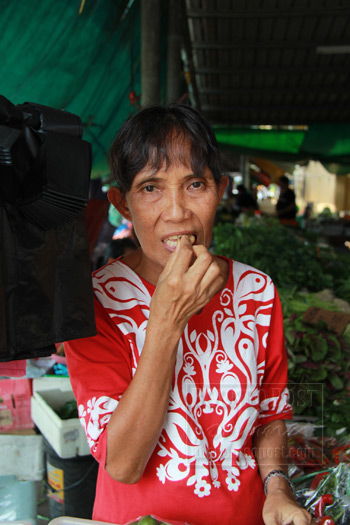 HOW IT’S DONE: Josie shows the way to eat a sago worm raw at the Mukah Wet Market.

SIMILAJAU: The Mukah Wet Market at the riverfront is a must-see for any first-time visitor to the burgeoning administrative centre.

Although it sits in a relatively small area, it is known for its fresh fish and produce at reasonable prices. Unsurprisingly, many locals still prefer to shop there for their groceries instead of at supermarkets.

A good time to visit is when the market is at its busiest – in the early and mid-hours of the morning – where one can see fishermen unloading the day’s catch off their boats at the jetty and customers snapping them up quickly, sometimes even before the fish has the chance to be displayed on the tarpaulins laid on the floor.

Among the exotic fish offered for sale yesterday was a large ikan landak at least a foot long with long spines, and small sharks.

Freshly prepared umai – thinly sliced pieces of raw fish marinated with onions, chilies and lime juice – can usually be found at the market as well although the BAT3 team did not manage to spot any umai vendors during a visit yesterday morning.

Another of Mukah’s specialties which can be found at the wet market is sago and its derivatives, including the tasty tebaloi crackers and sago flour balls. They are sold at the small stalls housed in a building along the waterfront.

Of course, one cannot visit the market without keeping an eye out for sago worms, the larvae of a beetle which lives in and eats the pith of the sago palm. The fat grub is prized for its rich and buttery flavour and texture, and can be eaten raw or more commonly, stir-fried.

Greengrocer Josie Eyun, 56, told the BAT3 team that the current price for the delicacy is about RM50 per kg as it is not the season for it.

“In places like Miri and Bintulu, it is even more expensive – about RM80 per kg,” she said, adding that someone had asked her to help them sell the larvae at her stall. 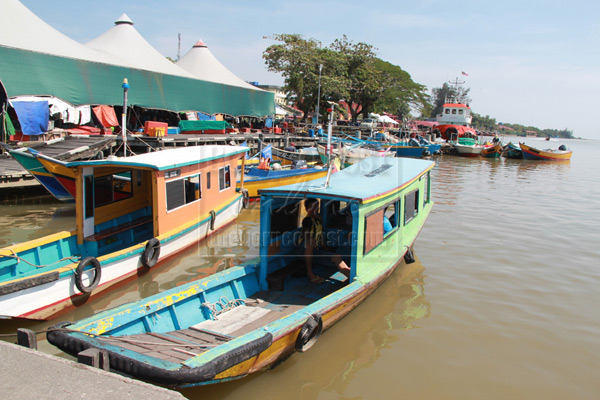 WATERFRONT: A passenger waits to be taken across river in a boat at the jetty next to the Mukah Wet Market. 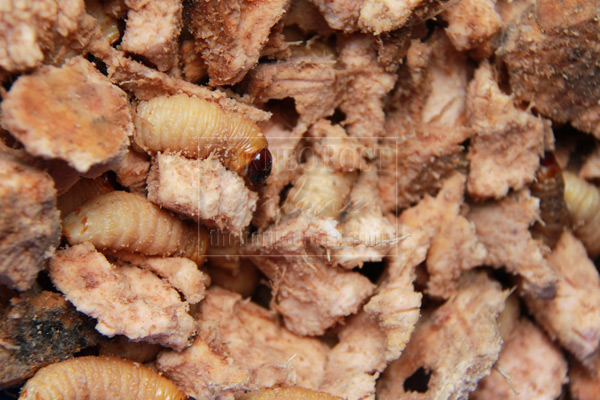 PRIZED ITEMS: Sago worms for sale at the stall owned by Josie. The worms are sold at RM50 per kg. 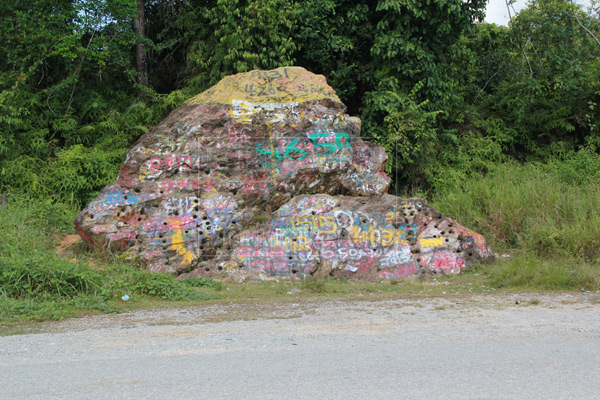 SUPERNATURAL: The large rock located near Tatau about 77km from Bintulu, which is said to bring good fortune to lottery punters.

Josie comes from Kg Tebakang in Serian but moved to Mukah 25 years ago with her husband. She has pretty much settled down in this place but still visits her village at least twice a year.

After the short visit to the market, the BAT3 team set out for Bintulu via the Pan Borneo highway.

The three-and-a-half-hour trip included a brief stop at the bright-yellow Batang Mukah Bridge just outside of the town to look at the massive coal yard and operations just next to it, and a quick lunch at a 24-hour rest stop at the Mukah-Selangau junction.

About 77km before we reached Bintulu, somewhere near Tatau, we stopped to take photo of a large rock by the roadside that has been spray-painted with 4-digit numbers. Apparently thisrock is a popular destination for lottery punters from as far away places as Sibu and Bintulu who would go there to pay respects to the spirit of the rock and hopefully receive good fortune for their bets.

Much has already been written about the narrow and potholed condition of the Pan Borneo highway which poses a risk to its users, so we won’t repeat them here, except to say that the loss of lives on this highway every year is a much higher cost to bear than whatever expenses it would incur to make sure that a safe and durable highway is built.

We reached the outskirts of Bintulu just before 3pm, speeding over the Batang Kemena Bridge while marveling at the huge floating barges sitting on the river below being loaded with timber and logs from log yards and warehouses.

Our final destination was the scenic Similajau National Park, about 25km and a further 40 minute drive from Bintulu.

The park is a popular destination for locals and tourists alike as it is close to Bintulu and offers comfortable and reasonably priced accommodation in the midst of the beauty of Mother Nature. The park’s icon is the Irrawaddy dolphin, which can be occasionally sighted while one walks along the park’s sandy beaches.

We also learnt from the helpful staff at the park’s customer service centre that it is now the season for horseshoe crabs (belangkas) to visit the beach. The best time to look out for them is in early morning.

The team hopes that we’ll be able to see this, and more, during our brief stay here. The horseshoe crab is a totally protected species and cannot be sold or hunted for its meat. Ironically, we have seen belangkas for sale for RM4 per pair at Mukah Wet Market earlier.