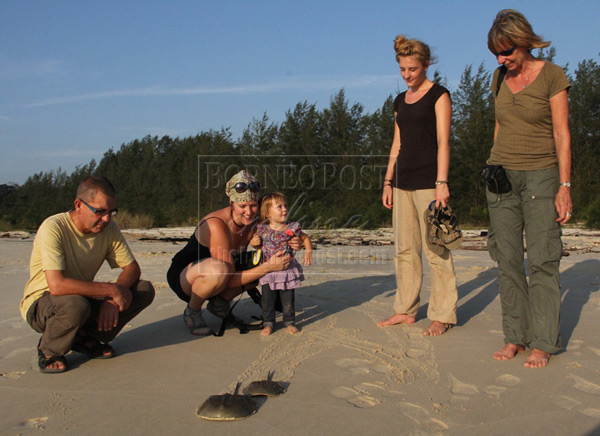 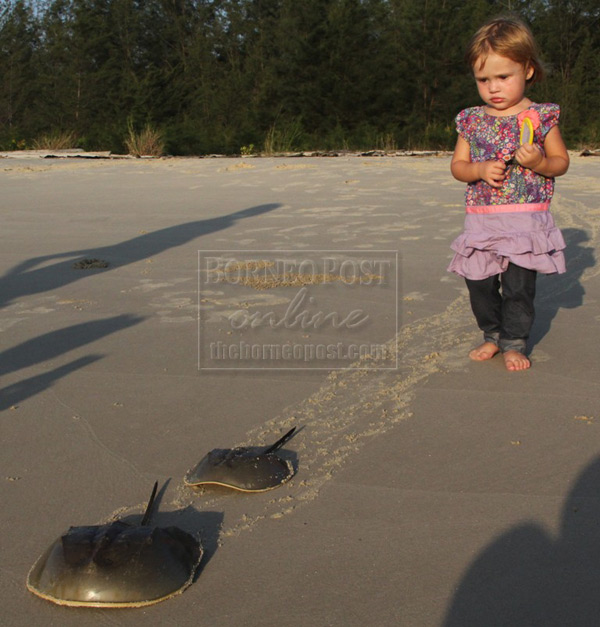 BINTULU: The Similajau National Park (SNP) with its golden sandy beach and lush green forest has been receiving a rising number of visitors over the years.

The park, which is located 30 km north-east of the Bintulu town, has been a popular destination especially during weekends and public holidays.

Last year, the park received a total of 13,068 visitors where 11,945 of them were locals and the rest foreigners, where the peak months are August and September.

Leah Hollmayer, whose travel plan in Sarawak is to hop from one national park to another, told BAT3 that this was the second national park in the state she had visited.

“It is a mind blowing experience. And each national park is different from another, the vegetation and the setting, for example,” said Hollmayer.

The Similajau National Park has been known as a spot to watch dolphins which usually appear in the morning in groups of three or five.

Gazetted in 1976 as a conservation site to protect the flora and fauna, the park covers an area of 8,996 hectares, where vegetation ranging from littoral fringe, ‘heath forest’ or Kerangas forest and Mixed Dipterocarp Forest.

The Mixed Dipterocarp Forest consists mainly of giant trees which are typical of tropical rainforest.

As for wildlife, 24 mammal species have been recorded here and they included primates, deer, shrews and others. Crocodile can also be spotted, especially at River Likas which is at the farther end of the park.

The most popular activity of the park is trekking and there are eight trails ranging from 450 metres to 10km where the last destination is the Golden Beach.

And when it is of season, lucky visitors may be able to spot green turtles laying their eggs at Golden Beach and two turtle beaches which are about 7 km away from the park headquaters.