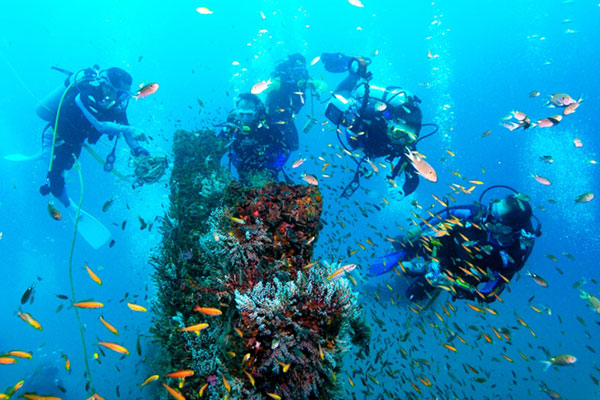 AROUND the hundreds of tropical islands in Malaysia, there is an incredible choice of undiscovered beaches and diving sites.

Given such natural endowments, it’s no surprise Malaysia is regarded as one of the world’s top diving destinations.

Many may not realise that Malaysia has other diving sites just as good as Sipadan, Pangkor and Langkawi – or even better.

For instance, there are great diving sites in and around Miri waters — some 28 of them from Sibuti (Kuala Niah) all the way to Lutong.

Moreover, they are also breeding grounds for 600 of 800 species of coral reefs in the world, making Miri waters the richest in coral reef species as well as marine life.

Coral reefs are underwater structures made from calcium carbonate secreted by corals and they are colonies of tiny animals found in marine waters that contain few nutrients.

Most coral reefs are built from stony corals which, in turn, consist of polyps that cluster in groups. The polyps belong to a group of animals known as cnidaria which also includes sea anemones and jellyfish.

Coral reefs are the most diverse and beautiful of all marine habitats. The development of these oceanic structures is aided by algae that are symbiotic with reef-building corals known as zooxanthellae.

The Resort City is fast becoming a sought after diving destination that’s well poised to attract divers not only at home but also from abroad. 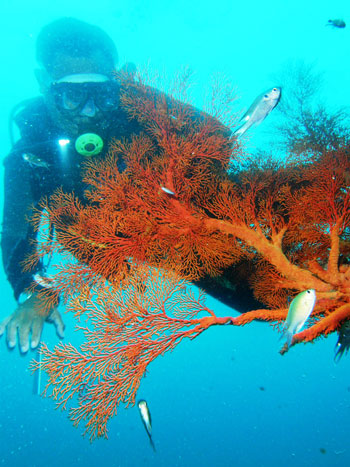 Miri is the first in the state to turn a platform into a coral-reef-based breeding ground for marine life under the Baram 8 rig-to-reef project, called Kenyalang.

The project is seen as a timely venture to exploit the potential of diving as a winsome tourism product for the northern region.

“The Kenyalang rig-to-reef programme will further boost the deep sea diving industry and increase international awareness of the sport of diving in general,” said Robert Udin, an employee of a diving agency here.

He added that the Kenyalang diving site was a bonus for Miri as well as a new addition to other diving destinations in Sarawak.

“I’m optimistic the waters around Miri will become popular diving spots in the future.”

The discovery of a variety of beautiful and unique coral reefs in the seabed off the Miri coast was made in 1999, leading to a detailed research on the coral reef systems in Miri-Subis waters.

These coral reefs which are an integral part of the ecosystem, are important to tourism, fisheries and shoreline protection.

Coral reefs are fragile ecosystems partly because they are very sensitive to water temperature and are under threat from climate change, oceanic acidification, blast fishing, cyanide fishing (for aquarium fish), overuse of reef resources and harmful land-use practices, including urban and agricultural runoff and water pollution which can harm reefs by encouraging excess algal growth.

The reefs are topographically complex with many strata and areas of strong shades, cast by the over-towering coral colonies.

Because of the complexity, thousands of fish and invertebrates live in association with reefs which are, by far, the state’s richest marine habitats.

To ensure these marine species are not affected by development and human activities, the state government has come up with guidelines to manage the Marina Park development project along Miri-Subis coast.

“This will help sustain the local economy – provided the natural resources are well-preserved and managed.

“Miri’s coral reef system is Sarawak and Malaysia’s natural heritage. The coral reefs, free from human pollution, are the healthiest and most beautiful in Malaysia,” he said.

Steve added that divers would live through a jungle-like experience as they explored Miri’s multi-coloured coral reefs that glowed with shades of red, black, white, green and golden brown while swaying to the willowy rhythm of the undersea current.

A temperature of about 30 degrees Celcius provides the best environment for coral reefs growth.

Steve once found six different species of coral reefs — orange, red and pink in colour — at the bottom of the sea.

“Apart from the coral reefs, we can also see clown fish and other marine species,” he enthused.

Steve urged the state government to organise more programmes and activities to tap the potential of scuba diving as a tourism asset in northern Sarawak.

Diving may be pursued for a number of reasons — both personal and professional. Recreational diving is done purely for enjoyment. 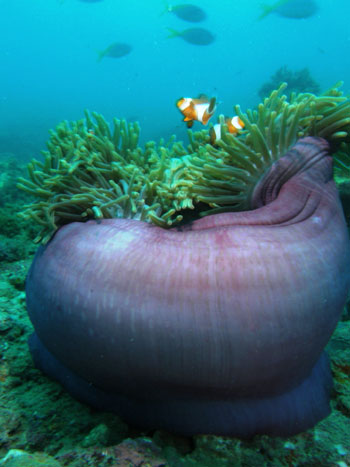 AMAZING : Beautiful coral reefs found along the Miri coast are breeding grounds for a variety of marine life. 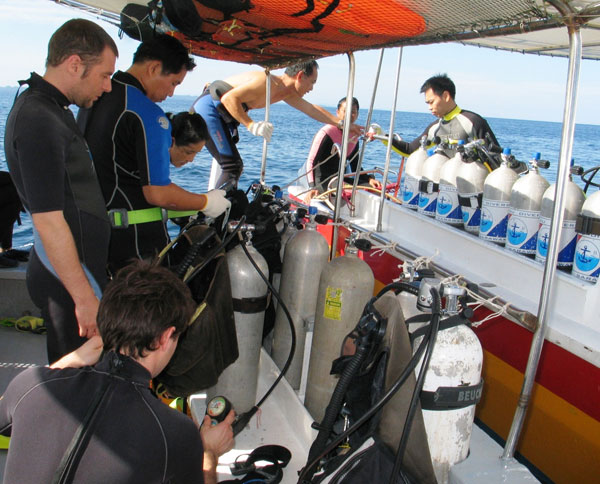 LURE OF THE SEA: Foreign divers are starting to make Miri their diving destination.