Sunday, September 20
You are at:Home»Business»TGV Cinemas set to open first cinema in East Malaysia by early 2014 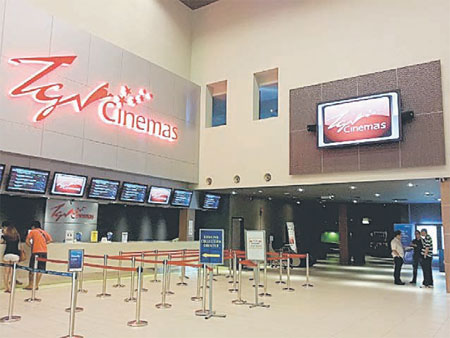 GROWING DEMAND: Miri is said to have a substantial population base and demand for cinema in the area is growing.

“We don’t have a presence there as yet but later on in the year, if not in early 2014, we will be opening our first location in Miri, with an eight-screen complex,” he told Bernama.

TGV Cinemas is the owner and operator of 20 premier multiplexes located in major shopping centres in Kuala Lumpur, Selangor, Seremban, Ipoh, Penang, Johor Baharu and Terengganu with a total of over 165 screens and more than 31,000 seats.

Asked why the company chose Miri, Dibbayawan said the city has a substantial population base and demand for cinema in the area is growing.

He noted TGV Cinemas is also looking at expanding its network to other cities in East Malaysia such as Kuching and Kota Kinabalu.

“We (TGV Cinemas) probably have one if not two locations in both those cities in time to come,” he added.

On outlook, he said the group is bullish about the local cinema market and expects a very bright future ahead.

“We (Malaysians) have roughly 700 screens around the nation and that translates to about 42,000 head of population per screen.

“If you compare that to Hong Kong and Singapore where the per screen ratio is about 35,000 in Hong Kong and roughly 29,000 in Singapore, we have a long way to go,” he explained.

Since its inception in 1995, the cinema operator has not only grown to become one of Malaysia’s premier film exhibition companies but has also established a name as a pioneer in the cinema industry.

TGV Cinemas revolutionised the movie-going experience by being the first to introduce the multiplex concept, offering Malaysians a wide array of movies within one location. — Bernama