Tuesday, January 28
You are at:Home»Sports»Football»Junior Eldstal: From Japan with thanks 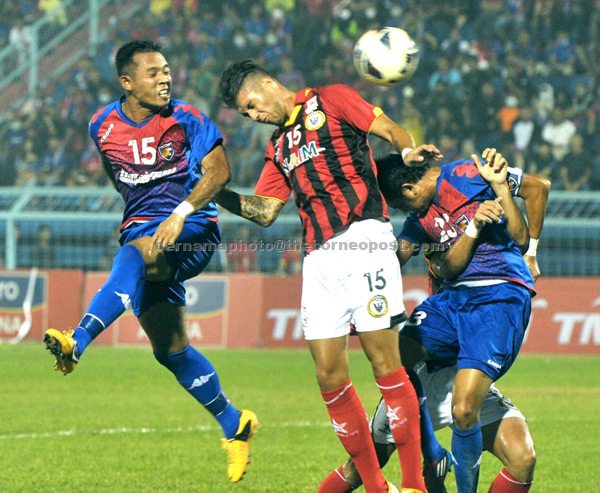 KUCHING: Sarawak defensive midfielder, Junior Eldstal, has been making the news lately after his call-up for the national football team.

Probably to answer many queries about him, he recently wrote an open letter about his background and experiences since he started playing in Malaysia this year.

He said he is enjoying his time here in Malaysia.

“I am proud to represent Malaysia and I never thought I made it here (to represent the country). I have to credit that to all who supported me, especially the fans and Sarawak FA for putting their faith in me when no one else would,” he added.

Ever since he came to the country via former Sabah player Scott Ollerenshaw’s recommendation and Robert Albert’s interest in him, he felt that he has adapted well playing at the country of his birth.

Eldstal was born in Kota Kinabalu but moved to England at a very young age.

He started his football career there with his hometown club, Slimbridge FC.

In the letter Eldstal said he would rather be referred to as `Junior Eldstal’ instead of his official name in Malaysia which is `Putera Nadher Amarhan’.

“My registered name here in the country suggests that I am Muslim but I have been raised Christian all my life. Just look at my tattoos,” he explained.

Born to a Swedish father, he said that he is proud of his family name and his father has played a big role in his life.

Junior Eldstal is currently in Japan playing a series of friendly matches there with the Malaysia senior team.