Sunday, September 19
You are at:Home»News»Sarawak»Remembering Sarawakian Hari Raya traditions then and now 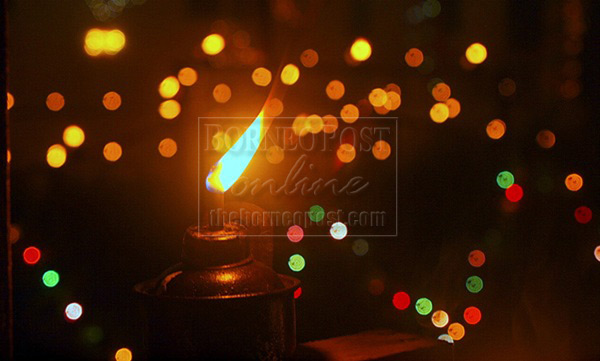 A SARAWAK TRADITION: Better known as ‘bertuntung’, villagers would decorate the village streets and houses with kerosene lamps and colourful neon lights. It has been practised by the Malay community here since the colonial era. 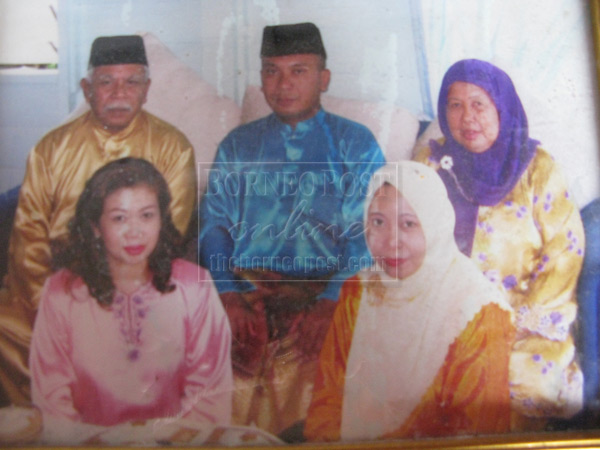 A TIME OF HAPPINESS: Mohamad Jaffar Ahmad, his wife and children in a family photo taken last year. 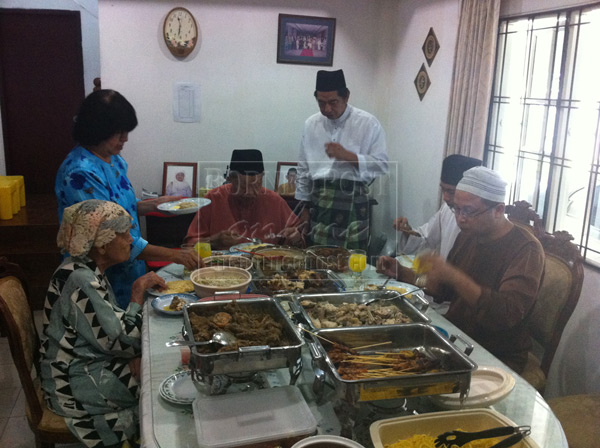 SAVOURING DELICIOUS DISHES: Relatives and friends savouring a wide range of dishes at an open house. 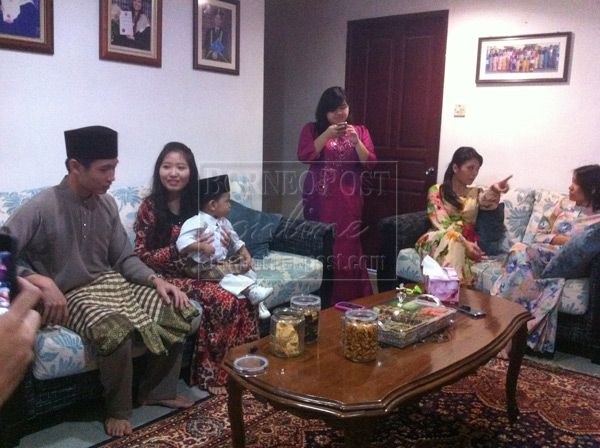 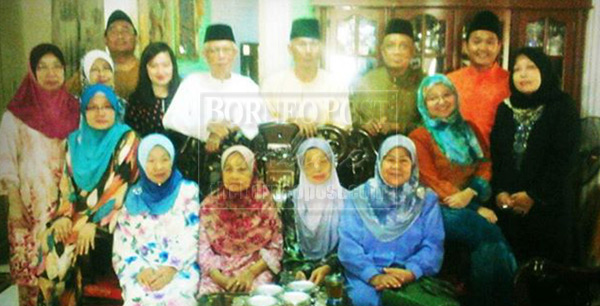 FOR REMEMBRANCE: Jamali and his family members during the celebration last year.

KUCHING: Culture is dynamic, so dynamic that not only does it change with time, but even with geographical distance as people can practise slightly different customs from each other even if they are from the same country and of the same race.

Now with globalisation and advances in communication like the Internet, we can expect people’s cultures and traditions to change even faster and more drastically in the near future.

I recently met up with several local Malays and asked them if the ways they celebrated Hari Raya Aidilfitri now was any different from the past, and if there were traditions that were practised exclusively in Sarawak.

And, yes, I discovered there were indeed some noteworthy changes and truly Sarawakian traditions.

According to police pensioner and village head of Kampung Masjid-Bintangor Kecil, Jalan Satok, Penghulu Mohamad Jaffar Ahmad, the annual lighting of kerosene lamps in conjunction with Hari Raya Aidilfitri is only practised by Sarawak Malays.

Better known as ‘bertuntung’, villagers would decorate the village streets and houses with kerosene lamps and colourful neon lights, he said, adding that bertuntung has been practised by the Malay community here since the colonial era.

“Today, however, this practice is reduced especially in the city area. And most people would light up their houses and streets with colourful neon lights instead of the traditional kerosene lamps,” he explained.

He said the bertuntung practice began in the olden days when there were not many street lights and the paths into the villages were very dark.

So the Malay community would light up kerosene lamps from the main road leading to their houses 10 days before Hari Raya Aidilfitri to brighten up the area. Eventually, it evolved to become an expression of joy, happiness and anticipation of the upcoming festivities.

“Since then, the tradition has stayed until today, although it is not being practised so much in city area now, but it is still being practised in some villages,” he pointed out.

A lecturer from NIIT College, Jamali Satong, offers a slightly different explanation for the bertuntung tradition: “According to the old folks, it was always darkest before the new moon. So they had to light the kerosene lamps to brighten their villages and it is usually done from the 27th day of Ramadan until the Hari Raya.”

Another tradition unique to the Sarawak Malay community is the wearing of traditional costume seven days in a row during the Aidilfitri celebration.

The reason was that in the past, houses of relatives and family members were located far from each other due to Sarawak’s vast geographical area.

As such, they usually would need to travel one to two days to reach their destination, and they would do it wearing their traditional costumes, said Mohamad Jaffar. Since then, the tradition of wearing costumes seven days in a row has remained.

Other traditions like going for prayer and visiting the elderly as well as holding family reunions during the first day of the celebration remain the same.

Jamali added that the Sarawak Malays would wear Baju Melayu and Baju Kurung throughout the month of the Hari Raya Aidilfitri and usually had new clothes every year.

“Just like Chinese New Year, we also wear new clothes every year. We cannot use clothes from the previous year. This is because new represents good fortune,” he said, adding that people used to purchase a new set of furniture every year, but that practice has waned significantly.

Today’s traditional clothing was more trendy and fashionable compared to the past where men wore the complete set of Baju Melayu which included the songkok and sampin.

“Today, especially in modern families, the men would just wear the Baju Melayu without songkok and sampin. However, celebrants in most villages still wear the complete costume,” he said.

Jamali said that in the olden days, they would visit the elderly and also the graves of their family after performing prayers on the first day of Hari Raya.

Only from the second day onwards would they hold open house for relatives and friends.

However, today, while performing of prayer on the first day is still maintained, there is no particular day dedicated to visiting the elderly. They also usually hold open house on the first day of the celebration.

“This is especially seen among the younger generation. As for myself and other older people, we still maintain the tradition of visiting the elderly and visiting the graveyard on the first day.

“I myself would go back to my village on the first day of Hari Raya,” he pointed out. He said in the past, when there was open house, every visitor was welcome, even strangers.

“Everybody could go to any open house, whether or not they knew each other,” he said.

Today, he said that open house was usually for family members, relatives, friends as well as invitees.

The ‘kek lapis’ or layered cake is also a must-serve during Hari Raya, he stressed. The tradition of serving kek lapis is practised exclusively in Sarawak. As such, it represents the uniqueness of Sarawakians, he said.

In Sarawak, we are still very fortunate that regardless of our diverse ethnic groups, we are able to rejoice in and enjoy each other’s festive celebrations be it Hari Raya, Chinese New Year, Gawai Dayak, or Christmas.

The ‘open house’ culture has become a unique and intimate expression of our people towards one another. It is like saying, ‘If you’re not celebrating, I welcome you to my home. We’re friends and let’s be happy together.”

That is why Sarawakians who have migrated to other countries sometimes confess that one of the things they miss about the Land of the Hornbills is the camaraderie experienced during its various festive celebrations.

The warmth and comfort they experienced at home is proof that it is possible for people of diverse origins, cultures, and religions to gather for a common good.

We can only hope that we will continue to uphold our Sarawak’s collective culture of inter-racial harmony.