Thursday, August 11
You are at:Home»World»Maoists strike near Buddhist site in eastern Indian state 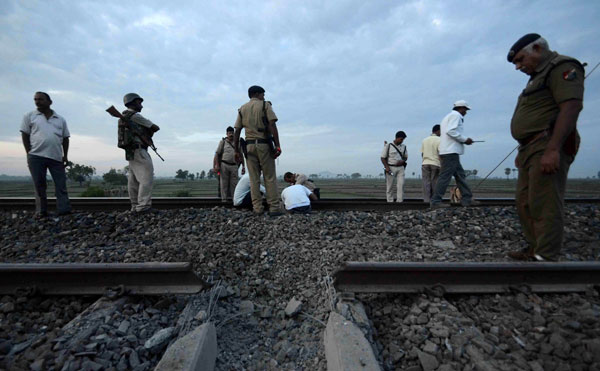 The blast came after Bodh Gaya in the state of Bihar, which attracts Buddhists and other visitors from all over the world, was hit by multiple small bomb blasts last month.

The government called the blasts a “terror attack” after nine bombs exploded but there has no claim of responsibility for the explosions.

In the latest attack, Maoist rebels blew up a portion of railway track in Gaya district late Friday night, an officer of the East Central Railway, Amitabh Prabhakar, told AFP.

“No one was injured but rail traffic was disrupted for a few hours,” he said.

Last month, more than 50 Maoist guerrillas ambushed a police patrol in Bihar, killing the district police chief and four others.

The revolutionaries, described by the government as the country’s most serious internal security threat, have waged a decades-long battle across central and eastern states to overthrow local and national authorities.

The rebels say they are fighting for the rights of the poor and landless farmers in India. — AFP