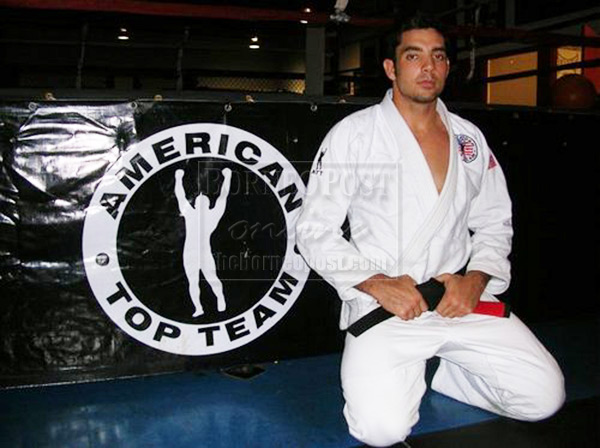 KUCHING: Brazilian Jiu Jitsu (BJJ) is a grappling and ground fighting-based martial art that is fast gaining popularity, thanks to its hard-earned recognition as one of the critical martial arts for mixed martial arts (MMA).

It is held in such high regard that many of the top-ranking MMA fighters in combat sports worldwide are highly skilled BJJ practitioners.

This coming weekend, BJJ blackbelt Professor Adam Shahir Kayoom will be here to conduct his first ever BJJ seminar here for gi, nogi, and MMA.

Professor Adam is one of Malaysia’s most recognised MMA fighters with a professional MMA record of 4-1. His only loss has been a decision loss to Bae Myung Ho of South Korea, in the Legend FC Welterweight Tournament.

He is currently signed to a three-year, six- fight contract with the One Fighting Championship MMA League (ONE FC) and based in Bangkok where he is the chief instructor at Q23 BJJ Academy.

He started training BJJ while living in Australia, and later traveled to Brazil to train there.

He was promoted to the rank of Black Belt by Master Ricardo Liborio who is considered to be the greatest ever student of the late Master Carlson Gracie Sr, of the famed Gracie family who founded and developed BJJ after learning judo from judokan Mitsuyo Maeda who helped to pioneer the art in Brazil.

He started training Muay Thai when he was in his mid-twenties, which is an age at which the vast majority of Thai fighters start to retire. He was considered too old to start training. He became World Muay Thai champion for the first time a few years later.

In 2006, he was ranked in the Top Ten Muay Thai Fighters list at Rajadamnern Stadium Bangkok, Thailand. His Muay Thai record stands at 15-1-3.

Having trained under and with some of the best BJJ, Muay Thai and MMA practitioners in their respective fields, he is in a unique position among Malaysian fighters to teach what it takes to succeed in modern martial arts.

BJJ practitioners, martial artists of all levels as well as anyone who wants to find out more about BJJ are welcome to attend the seminars which are from 5-8pm this Saturday and Sunday.