Saturday, July 11
You are at:Home»Business»BizHive»Wave of violence threatens Malaysia’s image 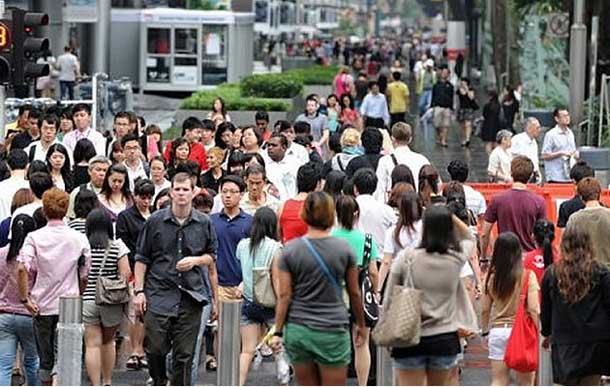 In mid-June when a netizen-hyped list named Kuala Lumpur as one of the most dangerous cities in the world, a local media quickly came forward with an article, quoting cops that dutifully debunked the article as apocryphal. It now appears that they may have spoken too soon.

The post on 10awesome.com titled ‘10 Dangerous Cities In The World’ may not have the same gloss as other media manufacturers of these traffic-heavy tools, but placing Kuala Lumpur as the sixth most dangerous city in the world did the trick, while correctly portending a wave of gun violence that would eerily complement an investment credit downgrade and slip in tourism numbers.

Just over a month after the list was posted, Hussain Ahmad Najadi, the founder of Malaysia’s fifth largest bank, Ambank, was shot dead in broad daylight in Kuala Lumpur, the apparent handy work of contract killers out to settle a land deal that went sour, police said.

Since July 26, there have been at least 10 such shooting incidents in Malaysia, the largest wave of public gun violence since a communist insurgency in the late 1950s and 1960s, experts say. But recent years have not been without blemish, either.

“Presently, the state’s capital is said to be one of the most dangerous cities in the world, as the crime rate increased by 70 per cent in the last three years. It wasn’t a peace on Earth display before either, but now things seem to keep getting worse,” the post on 10awesome.com said.

One of the most recent shootings involved a Sarawakian businessman hailing from Kuching, who was gunned down in a posh district of Sabah’s capital, Kota Kinabalu, on August 3. Teong Choon Kwong, 44, who operated a resort in Dinawan, Sabah, was fatally killed when drive-by shooting “from a small white vehicle, fired a short at close range,” a statement from police said.

Though not directly linked at the moment, the murderous wave of gun violence in Malaysia will certainly not help uplift investor sentiment, recently soured when rating agency Fitch cut Malaysia’s outlook to ‘negative’ at end-June, citing its rising debt levels and lack of budgetary reform.

Furthermore, the fatal shootings will undoubtedly hinge any efforts the country’s tourism industry endeavours to try and offset the slid in the United Nations World Tourism Organisation’s list of top tourist destinations, which only just managed to take the final spot in the top-10 ranking.

The United Nations (UN) found that tourism arrivals to Malaysia rose marginally to 25 million in 2012, up from 24.7 million the year before, but Russia managed to overtake the Southeast Asian nation for the ninth spot with 25.7 million visitors.

Coming away from the invasion by armed Filipino rebels looking to claim Sabah earlier this year, Malaysia’s tourism industry has already taken a hit in 2013.

The Sabah incident alone negatively affected tourism to Tawau, a spot diving spot in Malaysia. In response, police have been active in trying to shore up an aura of safety for the country as it weathers incident after incident.

The spate of shooting cases “does not make Malaysia an unsafe country,” Malaysia’s Inspector-General of Police Khalid Abu Bakar told media after the killing of the Sarawakian businessman.

Be it gangsterism or plan old sedition, fewer foreigners – be they business or pleasure seeking – will want to find out.

Justin Calderon is a research analyst at www.investvine.com, a news portal owned by Inside Investor focusing on Southeast Asian economic topics as well aqs trade and investment relations between Asian and the Gulf Cooperation Council. The views expressed are his own.