Monday, December 6
You are at:Home»News»Sarawak»Dept catches rare animal after 8 months of surveillance 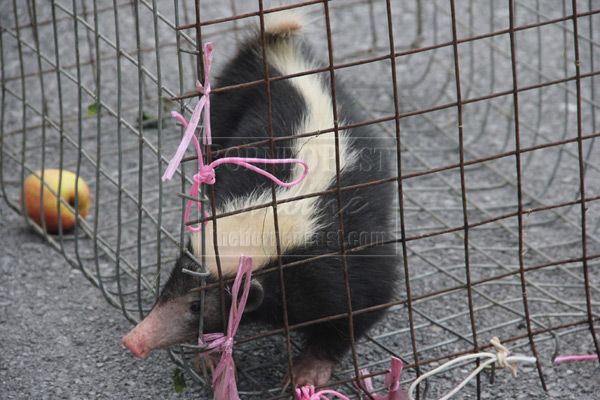 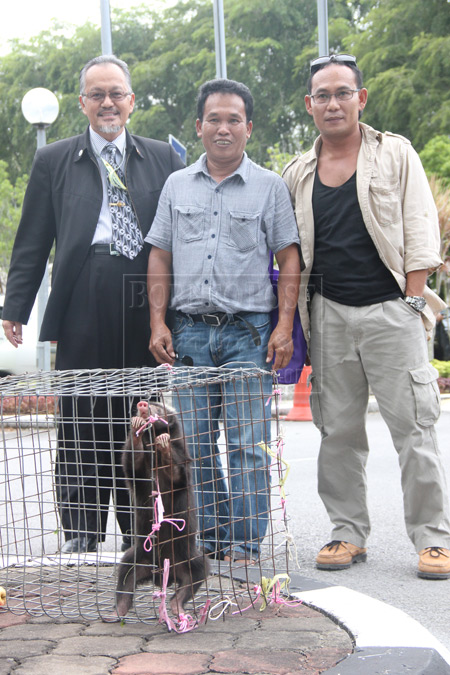 KUCHING: The Forest Department has caught a rare Mydaus javanensis species known as the Malay badger or teledu at a forest in Serian area following eight months of field research.

The first of its kind to be caught alive in the state’s southern and central region, the finding is deemed very important in regards to the variety of species and distribution of animal species in the state.

Forest Department research officer and biologist Dr Ahmad Ampeng, who led a team of researchers to find the Mydaus javanensis, suggested that its habitat be classified as a highly protected area considering the rare sighting of the species.

Ahmad, accompanied by forest guard Marzuki Bujang and other research officers Syafiani Osman and Anuar Bujang, started their intensive research on the animal in January this year, acting on a report published by The Borneo Post on Nov 16, 2012 which told of an animal touted to be of a “new species” being found dead by an oil palm plantation worker at Mentung Mera’u in Serian.

Findings from an earlier DNA analysis conducted by Universiti Kebangsaan Malaysia on samples gathered from the dead Mydaus javanensis species found at Mentung Mera’u, some 100 kilometres from here, revealed that it was of the Teledu species, known as the Malay Badger.

The Mydaus javanensis, a mammal of South East Asia, is also known as the Sunda, Javan Stink-Badger and has a limited, isolated distribution in the islands of Sumatra, Java and Borneo.

“Our research using the motion sensor camera capture has failed to record or track any of the individual species. The department then resorted to the traditional entrapment method which finally bore fruit after eight months of field research.

“Due to the limited samples as only one life animal has been found, studies on species comparison cannot be conducted as yet.

“However, further DNA analysis and ecology studies will be conducted,” said Ahmad when met by The Borneo Post on Monday.

The Malay Badger which was caught on Sunday night will be placed at the Matang Wildlife Centre for the time being.

He added that the animal is nocturnal and terrestrial and found in rocky mountain terrain forest and sleeps in burrows.

Early observation on its morphology shows that the main diet includes various earthworm species and insects which does not require the animal to surface.

Based on the research (due to the rare sighting), it is assumed that its population is either very low or that the animal rarely surfaces as it spends most of its time in underground burrows.

A quick check with the International Union for Conservation of Nature (IUCN) website showed the species has been classified as Least Concern, which means it is not threatened nor labelled as endangered.

Mydaus javanensis is of the Mustelidae family. It is understood that there is strong evidence that the genus Mydaus is not a member of the badger family at all, but in fact Old World relatives of the skunks. There are two known sub-species to this animal.