Friday, July 10
You are at:Home»News»Sarawak»Taib: IRC is a one-stop to info on govt policies, plans 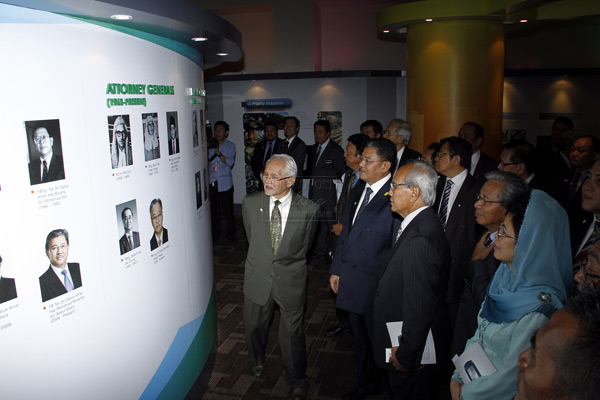 HISTORY ON SARAWAK: Taib (left) with State Cabinet ministers and assistant ministers taking a tour at the centre. Morshidi is seen at fourth right. — Photo by Chimon Upon 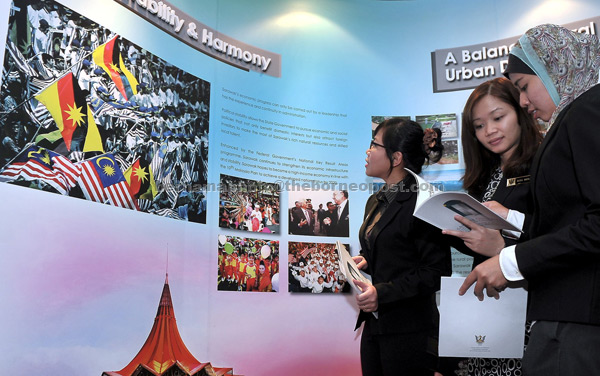 Launching the IRC at Wisma Bapa Malaysia in Petra Jaya here yesterday, Chief Minister Pehin Sri Abdul Taib Mahmud said the centre should be gradually duplicated on the ground to reach out to more individuals throughout the state.

He believes the IRC has up-to-date information to keep the community in the loop of what the government is doing.

For locals, he said they can acquire the necessary knowledge on the history of Sarawak civil service and progress over the decades.

“This IRC at the secretariat of Sarawak Government will get people well prepared for what Sarawak is before they can have a meeting with us in this government building.

“For foreigners, it is a good opportunity for them to get the correct glance at what government they deal with and what they fit in to participate in Sarawak’s development.”

Taib added the IRC would be the platform for people “to not go around but hit the right door to deal with their problems.”

He went further to say the nature of the state’s development would be way complicated given that the government has to deal with sophisticated people.

“I hope this approach (IRC) will get more people working closely with us.”

Earlier, State Secretary Tan Sri Datuk Amar Mohamad Morshidi Abdul Ghani said the centre houses various facilities for teaching and learning; a source of reference and information on socio-economic, infrastructure development and achievements of the state and its civil service in the last five decades.

“In other words, it is like flying through Sarawak in 20 minutes; snapshot of Sarawak.”

Morshidi pointed out the use of a combination of audio and visual as well as digital forms would make learning process and retrieval of information more interesting, interactive and exciting, representing the first step to spreading as much information on state policies, development and progress online through collaboration with State Library.

He hoped the centre would be fully utilised by all, the younger generation in particular as they need to be exposed to the history and development of the state.

Apart from offering information, the IRC is equipped with a mini auditorium for corporate briefings, training sessions, executive talks and other knowledge-sharing sessions.

It has a High Performance Team Room, which can be used to promote learning, group discussions and syndications.

The role of Sarawak Corridor of Renewable Energy (SCORE) in driving Sarawak to be a
high-income state by 2020 is also being given its rightful recognition and prominence at the centre.