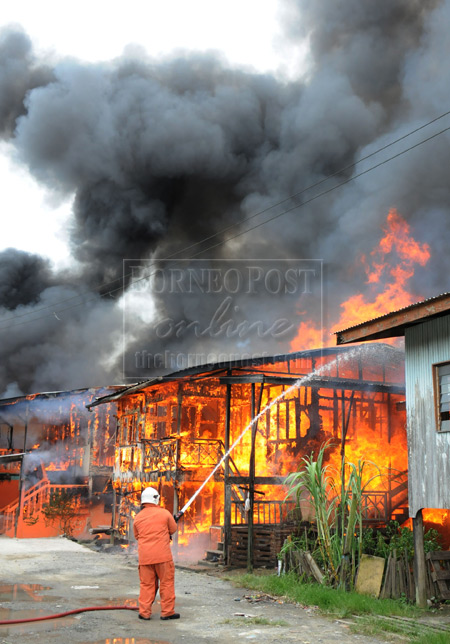 Firefighters putting out the fire that destroyed five houses at Kampung Rampayan in Menggatal yesterday.

KOTA KINABALU: Five families were made homeless when a fire destroyed their houses at Kampung Rampayan, Menggatal here yesterday.

The fire was believed to have started around noon from one of the affected houses.

“We managed to put the fire under control around 1.30pm while the whole operation ended about an hour later,” he said.

Mohd Affendy said only a woman, believed to be one of the affected families, sustained minor burns on her back and was taken to hospital in an ambulance.

He said the cause of the fire and total loss were still under investigation.