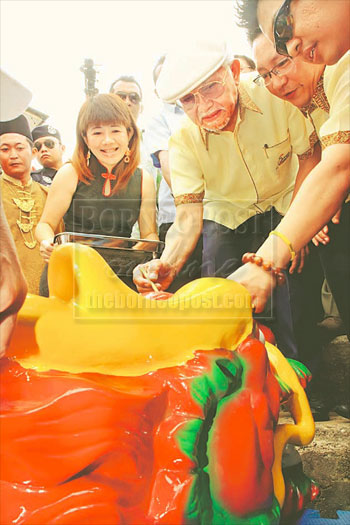 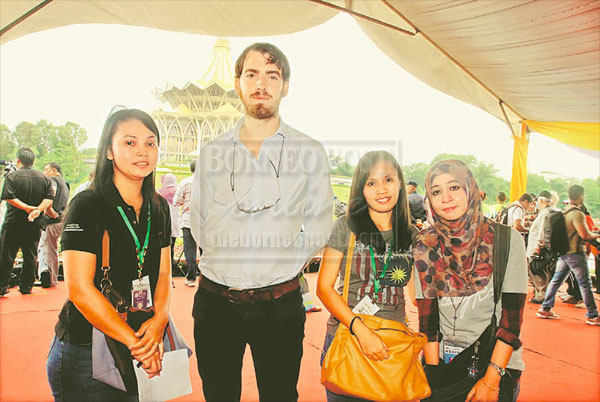 MAN OF THE MOMENT: Jason Brooke poses with local female journalists at the grand stand. 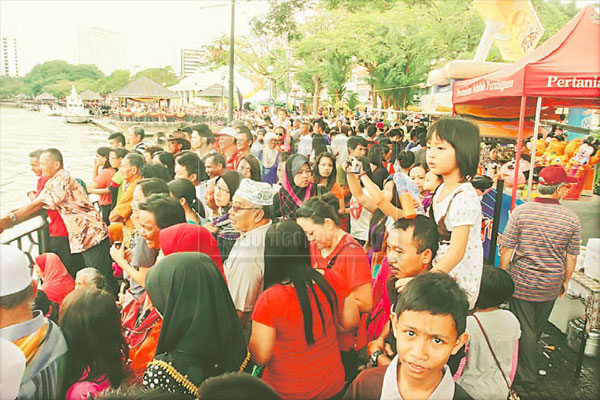 THRILLED: Hundreds of people throng the Kuching Waterfront for the opening of Sarawak Regatta 2013. 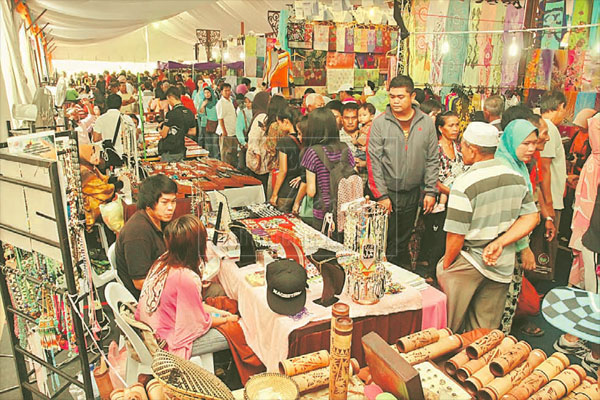 This international boat race was brought in by Ministry of Tourism, Penang Dragon Boat Association and Harlie Venture, an affi liation of the International Dragon Boat Federation.

An event which caught the crowd’s attention was the duck catching event in which 50 ducks were released into the river and the participants jumped in after them to catch as many birds as they could.

It was a case of ‘catchers keepers’ as the spectators roared with laughter as the ducks darted from the grasps of the swimmers.

Before the duck-catching contest started, over 20 individuals competed in the Brooke Swim Sarawak Regatta 2013.

The contenders had to swim 240 meters from the Sapi Jetty up to the grand stand at Kuching Waterfront.

Ho Chiah Yii, who completed the Brooke Swim in 2 minutes and 51 seconds walked away with the grand cash prize of RM2000 while Abdullah Muhammad Husin and Dato Lakok were placed the second and the third respectively.

At the launch, Taib also performed an eye-dotting ceremony for the dragon boats, taking part in the 800-meter race.

Met by reporters at the grand stand, Jason Brooke a descendent of the White Rajahs who ruled Sarawak for 100 years said being there to witness Sarawak Regatta made him feel ‘incredibly warm’ thanks to the good response to the race as well as friendly reception of the locals.

He fi rst attended the Sarwak Regatta in 2008 and this year he returned with his grandmother and was very pleased that Sarawak had upheld a tradition started by the Brookes.

“This time, I am with my grandmother. It is an exciting event and I really enjoy it. It’s really important to see strong support for Sarawak Regatta.

“I enjoy coming back here again and again. The dragon boat race offers a great opportunity for other countries to connect with Sarawak, to build bridges to connect the people.”

Besides the dragon boat race and various contests, the Malaysian Craft Promotion, Food Festival and Entrepreneur Showcase are also being held in connection with Sarawak Regatta 2013.

About 215 entrepreneurs across the country are showcasing and promoting their products at the festival.

Members of the public are also invited to the Food Festival, which features a rich variety of delicacies from throughout Malaysia.