Sunday, September 27
You are at:Home»News»Nation»NS trainees protest against poor facilities at training camp 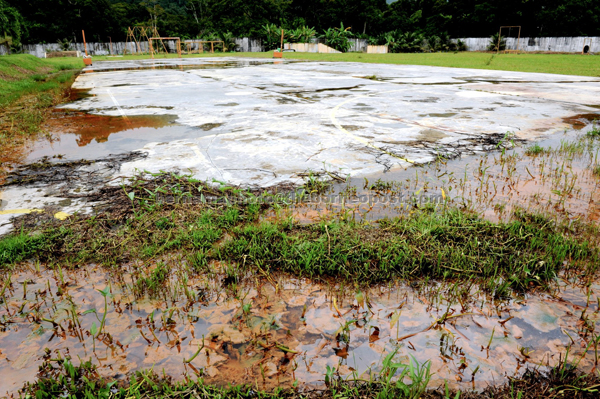 DEPLORABLE STATE: The poor condition of a court at the PLKN camp at White Resort Jalan Genting in Penang. — Bernama photo

BALIK PULAU (Penang): Several relatives of National Service (NS) trainees at the White Resort Camp here gathered at the camp yesterday to request permission from the management to bring the trainees home.

On Tuesday night, about 200 trainees were reported to have assembled with their bags and insisted on leaving the camp because they were unhappy with the accommodation facilities and preparation of meals.

The father of a trainee who declined to be identified said his son complained that the preparation of meals was unhygienic and facilities at the camp were old and dirty.

“A week ago, he called me lamenting about the dirty toilets, contaminated food and damaged bed,” he told reporters.

However, instructors at the camp talked to the relatives and coaxed them to leave.

The camp management declined to comment on the incident and requested reporters to leave as well.