Wednesday, August 10
You are at:Home»Business»Karex aims to raise RM75 mln from November 6 IPO 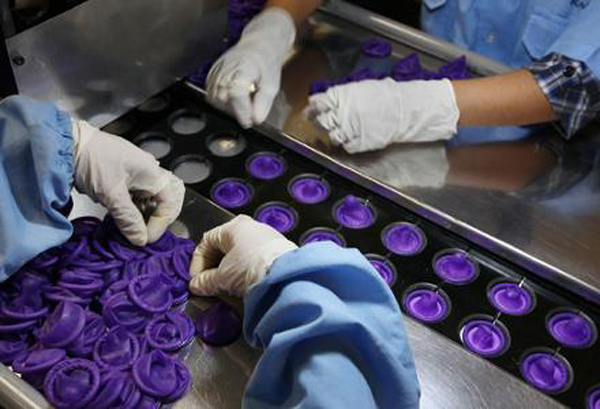 ACCELERATING: The expected increase in its annual production capacity was also in tandem with the acceleration in demand of condoms worldwide. — Bloomberg photo

“The listing will enable us to leverage on the growing opportunities in the global condom industry,” he said at the launch of the initial public offering (IPO) prospectus here yesterday.

Goh said the fund raised for the group’s capital expenditure would be used to expand the manufacturing facilities.

He said the group was ready to develop its largest factory in Pontian, Johor, which was not far from the company’s existing plant.

Goh expected construction of the new factory at the 7.28-hectare site to begin by early next year and be completed by end-2014.

“Upon completion of the expansion of the factory, we expect our total annual production capacity to increase from the current three billion pieces to six billion by end-2015,” he said.

Besides Pontian, the company also has factories in in Klang, Selangor and Hat Yai, Thailand, he said.

He said the expected increase in its annual production capacity was also in tandem with the acceleration in demand of condoms worldwide.

The global condom market was expected to grow at compound annual growth rate of 7.5 per cent from 22.8 billion pieces last year to 30.4 billion pieces in 2016, he said.

Goh said Karex, which currently has 10 per cent of the global market share, expected it to increase to double digits with the increase in demand for condoms worldwide.

In a statement, Karex said the IPO involved the offer of 67.5 million shares comprising the public issue of 40.5 million new shares and an offer for sale of 27 million existing shares.

“The retail offering of 20.25 million shares would comprise of 13.50 million offer shares to the public and the remaining 6.75 million issue shares to eligible directors, employees and business associates,” it said.