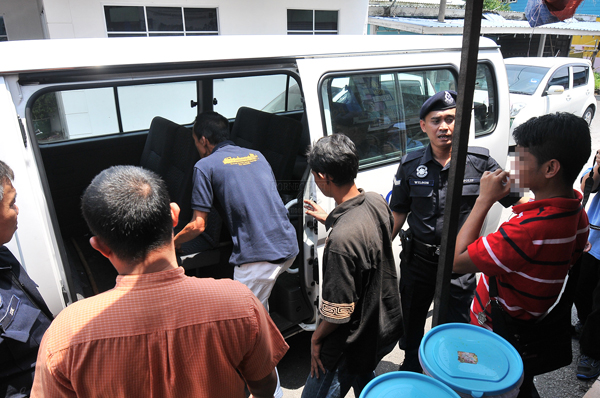 CAUGHT RED HANDED: Three suspects being brought to the police station after being caught red-handed overcharging motorists at the temple ground. 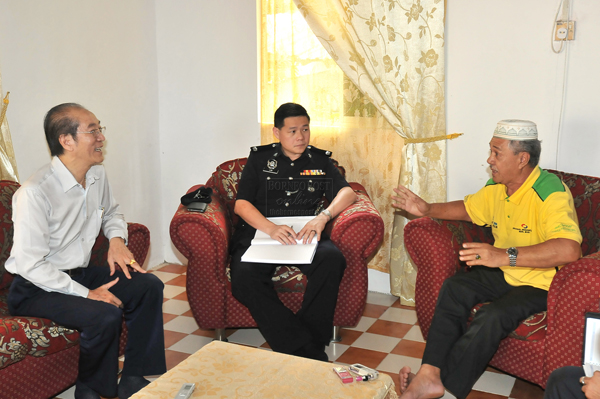 Overcharging, harassment from touts things of the past at Ching San Yen Temple in Muara Tebas

KUCHING: Devotees and visitors to Ching San Yen Temple in Kampung Muara Tebas near here will have no more worries about overcharged parking fees and harassment from parking touts for vehicle protection fees.

An agreement was signed at the end of the dialogue which also saw the appointment of a new contractor authorised to collect parking fees from the public. The workers would be made up of the local villagers who would also provide a watchful eye on parking touts, protect vehicles and nearby business premises and also look out for illegal activities in the area.

They would be required to wear the newly introduced standardised uniform along with identification tag. They too would have to direct the traffic flow.

New signboards would be erected to replace the older ones that have been damaged by parking touts, to display the parking fees and directions to guide visitors of additional parking spaces. A flat rate of RM2 would be charged on normal days and RM4 during Chinese New Year.

Temenggong Lu Kim Yong, who is also the temple’s executive advisor, told reporters that the former parking fee collectors did not collect the fees based on the agreement set by the temple and the village JKKK years ago.

“They had the tendency to overcharge. The committee has also set a time frame of three months to monitor the new contractor. If they cannot perform as expected, the contract will be given to a new people.”

The dialogue held at the residence of Penghulu Pauzi Rambeli was attended by Kuching CID chief DSP Lim Bak Phai and Inspector Gilbert Cinhin Simunga from Gita police station, among others

Lu also advised the new contractor to take immediate action against parking touts. Unauthorised people must not be allowed to do what they had been doing before.

He said many complaints had been received by visitors being harassed or their vehicles damaged for not adhering to their demands. There were cases where owners of vehicles were charged from RM4 to RM10 according to the (vehicle) make and value.

“Considering that the temple is a well known tourist spot, there tend to be some irresponsible people taking advantage of the situation for their own personal benefit. This will affect the image of the temple and village as a whole,” Lu said.

Ching San Yen Temple is built on a 2.5 acre site atop a hill 120 ft above sea level on the left bank of the Sarawak River estuary. It is the biggest temple within the jurisdiction of the Kuching North City Commission (DBKU).

It has been declared a historical building under the Sarawak Cultural Heritage Ordinance 1993.