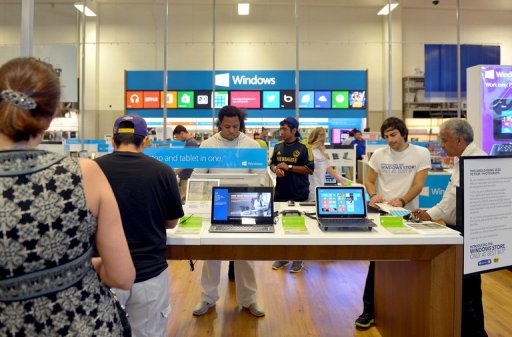 MICROSOFT released Windows 8.1 on Thursday, after tweaking the operating system designed for various devices that had confused some users.

The update is free for those using Windows 8, released last year to help Microsoft navigate the transition from traditional personal computers to mobile devices such as tablets.

The revamped version brings back the “start” button, which disappeared last year and prompted protests from some PC users unaccustomed to the tiled menu adapted for touchscreens.

“Windows 8.1 demonstrates our commitment to continuously improving the product to create a richer customer experience,” Microsoft’s Brandon LeBlanc wrote on the company blog.

“We are excited to have customers start updating their devices today and getting to experience new Windows devices this holiday season.”

A public preview of Windows 8.1 was made available June 26. At the time, Microsoft said it had sold more than 100 million licenses for Windows 8 but that the update was planned after listening to customers.

Some analysts say Microsoft was forced to act because of slow adoption of Windows 8, which made some radical changes to the design of the desktop.

With Windows 8, Microsoft was trying to create a system that could be used on mobile touch screen devices while also serving the users of traditional PCs.

Microsoft launched Windows 8 last October, revamping its flagship system in an effort to make inroads in the fast-growing mobile segment. At the same time, it released its Surface tablet computer.