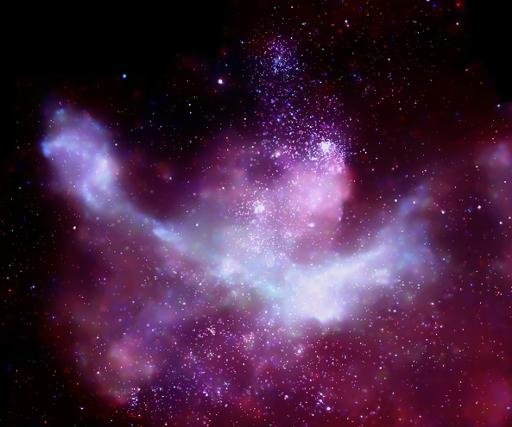 This NASA image obtained on October 16, 2011 shows the Carina Nebula — a star-forming region of the Milky Way -AFP

The observatory, which will formally be opened on Saturday, boasts two telescopes, each one metre (over three feet) wide, to see “extra planets, different types of stars, the Milky Way, and deep galaxies,” Solomon added.

The observatory, 3,200 metres (10,500 feet) above sea level in the lush Entoto mountains on the outskirts of the Ethiopian capital Addis Ababa, is an ideal location because of its minimal cloud cover, moderate winds and low humidity, experts said.

When established in 2004, ESSS was labelled as the “Crazy People’s Club”, according to the group, but has gained credibility in the past decade with astronomy courses introduced at universities and winning increased political support.

The Ethiopian government is set to launch a space policy in coming years.

Solomon said the group originally faced sceptics in Ethiopia and abroad, who questioned whether space exploration was a wise use of resources in one of Africa’s poorest economies, plagued in the past by chronic famine and unrest.

But Solomon said promoting science is key to the development in Ethiopia, today one of Africa’s fastest growing economies largely based on agriculture.

“If the economy is strongly linked with science, then we can transform a poor way of agriculture into industrialisation and into modern agriculture,” he said.

The ESSS is now looking to open a second observatory 4,200 metres (13,800 feet) above sea level in the mountainous northern town of Lalibela, also the site of the largest cluster of Ethiopia’s ancient rock-hewn churches.

Photographs from the ESSS show scientists with testing equipment looking for the best site to put the next telescope on the green and remote peaks, as local villagers wrapped in traditional white blankets watch on curiously, sitting outside their thatch hut homes.

Solomon hopes to boost “astronomy tourism” among space fans interested in coming to one of the least likely countries in the world to boast a space programme, an added economic benefit.

The country will also launch its first satellite in the next three years, ESSS said, to study meteorology and boost telecommunications.

Ethiopia is not the first African nation to look to the skies; South Africa has its own National Space Agency, and in 2009 the African Union announced plans to establish The African Space Agency.

Solomon said while the next several years will be about boosting research and data collection, along with promoting a strong local and regional interest in astronomy, he is not ruling out sending an Ethiopian into space one day.

“Hopefully we will,” he said with a laugh.-AFP