Friday, September 30
You are at:Home»News»Sarawak»Queen’s students dance with Honours 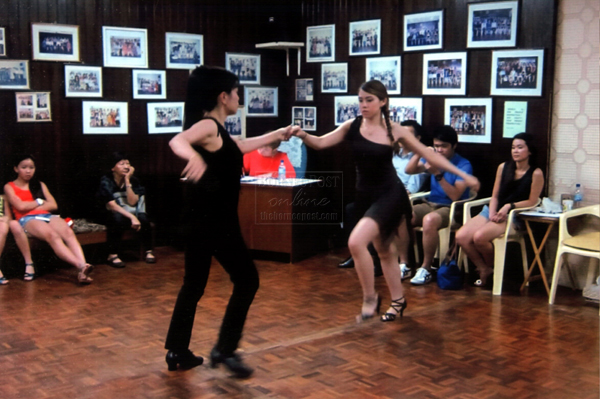 TO THE FLOOR: Tang (left) leading a candidate during the exam.

The exam was conducted by visiting London examiner Jill Bush from the Imperial Society of Teachers of Dancing (ISTD), London.

The modern section consists of waltz, tango, foxtrot, quickstep and the Viennese waltz while the Latin American dances include cha-cha-cha, rumba, samba, jive and pasodoble.

At the amateur level, dance examinations are normally taken at Pre-Bronze, Bronze, Silver, Gold and Gold Star
levels according to a set syllabus.

She was very impressed with the high standard of performance delivered during the exam particularly on the technical aspects of the dances which were very important.

Correct technique will enable the dancer to move without strain, ensure harmony with partner in motion and enhance dancing skills for the more advanced figures in higher level exams.