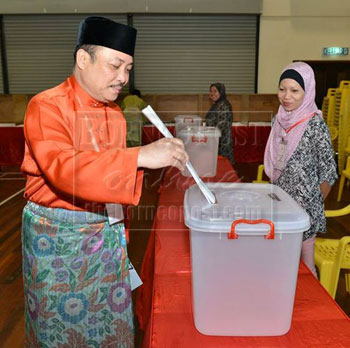 Hajiji casting his vote on Saturday.

This was officially announced at the division’s annual general meeting and party election at the Dewan Seri Sulaman.

Hajiji is also the Sabah Umno and BN treasurer as well as Sulaman assemblyman.

Rahman who is Kota Belud member of parliament took over from Datuk Aliasgar Hj Basri who did not seek re-election.

Both Hajiji and Rahman belong to the Umno Serusop branch in the Tuaran division.