Saturday, January 28
You are at:Home»Features»Ready for changing temperatures?
For the freshest news, join The Borneo Post's Telegram Channel and The Borneo Post on Newswav. 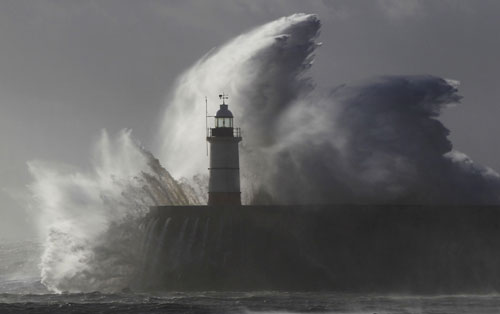 ARE we ready for the changing – increasing – temperatures of Earth?

Were you caught huddling in a doorway, under an umbrella or in your car as wind whipped rain played catch with the rolling dustbins and branches?

Did tiles fly off your roof or did trees crash down?

Have you caught yourself thinking that storms were not so stormy even a couple of years ago?

Friends and colleagues frequently say, “We didn’t used to have storms like this.” And we didn’t. The weather is changing and it is highly likely that we are responsible.

that the changing weather patterns are the result of our human activity.

Clearing land, burning fossil fuels in our cars, factories and homes are highly likely to be contributing to this.

The recently released reports which are available on the IPCC website (ipcc.ch) describe the panel’s confidence on their conclusions and the reasoning that led to this.

The panel is highly confident that human activity has been the main cause of present-day global warming and that the temperatures will rise by 0.3 to 4.8 degrees Celsius by the end of this century.

These changes are in line with the predictions of the late 20th century computer models of changing weather patterns.

The oceans will continue to warm up and the warm temperatures will go higher. Severe hurricanes or tropical cyclones are likely to occur more frequently.

Over the past month, I have jotted down some of the tropical storms, called hurricanes in the Atlantic, cyclones in the Indian Ocean and typhoons in the Pacific that have made the news.

Water vapour rises into the atmosphere. As it rises, it cools and then condenses into water droplets. Condensation releases heat thus making the air lighter. Warm air along with moist ocean air continues to rise.

The movement of the air causes the winds that swirl circularly around a relatively calm eye.

Cyclone winds are severe with varying speeds, but can cause extensive damage including uprooting trees blowing off roots. They pose a risk to sea-going vessels and land transport.

However, floods associated with heavy rains and storm surges are potentially the most damaging aspects. The storm surge that occurs when the storm makes landfall is a dome of water 60 to 80km across and two to five metres higher than the normal tide.

Large areas, especially low-lying coastal areas can be inundated. Tropical cyclones form when the oceans are warmer than 23 degrees Celsius and this is increasingly common.

The fourth IPPC report in its 25-year history indicates that scientists are highly confident that surface temperatures will increase and that the oceans will continue to warm and that the heat will go deeper. The predicted result is more cyclones.

Are we ready for not only more storms but also rising oceans as the glaciers and polar ice caps melt?

The changes are happening and climate change is irreversible.

So along with asking how our economic activities can become more ecologically sound; we should also ask how do we adapt to the change. What changes should we make?

Established in the 1940, the Malaysian Nature Society is the oldest scientific and non-governmental organisation in Malaysia. Our mission is ‘to promote the study, appreciation, conservation and protection of Malaysia’s nature heritage’. Our 5,000-strong membership, spread across 12 branches nationwide, come from all walks of life, bound by a common interest in nature. For further information on membership or our activities in Kuching, call Kwan on 019-8349499. For information on our activities in Miri, call Nazeri Abghani on 085-453185. You can also visit www.mns.org.my or http://mnskuching@blogspot.com.