Thursday, August 11
You are at:Home»News»Sarawak»Motorcyclist injured in hit-and-run 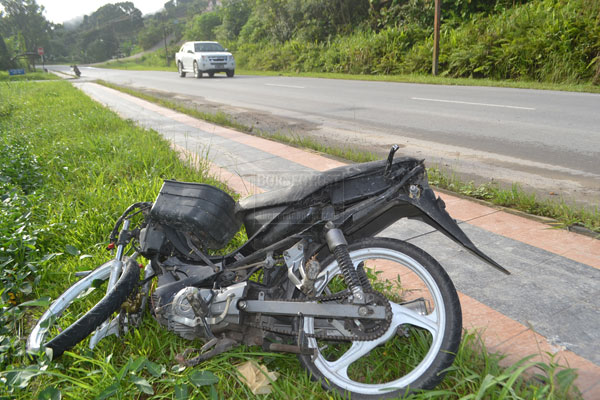 BADLY DAMAGED: The badly damaged motorcycle by the roadside near the scene of the accident.

KAPIT: A motorcyclist suffered a broken leg and other injuries to his body after he fell victim to a hit-and-run.

The motorcyclist was riding near the junction of Taman Siew Gin, Jalan Bletih on Monday when he was hit from behind by a four-wheel drive believed to be a Toyota Hilux.

Fortunately he was thrown off the motorcycle, which likely minimised his injuries.

His motorcycle was not as lucky as it was dragged by the vehicle for over 100 feet, leaving debris all over the stretch of road.

The police have appealed to eyewitnesses of the accident to help bring the culprit to justice.

Those with any information on the accident can call the Kapit police on 084-796222.

Previous ArticleCampaign to save Mt Sadong goes online
Next Article Claims over Mount Sadong to be probed, says Awg Tengah