Sunday, December 4
You are at:Home»News»Sarawak»Looney Tunes musical debuts in Kuching 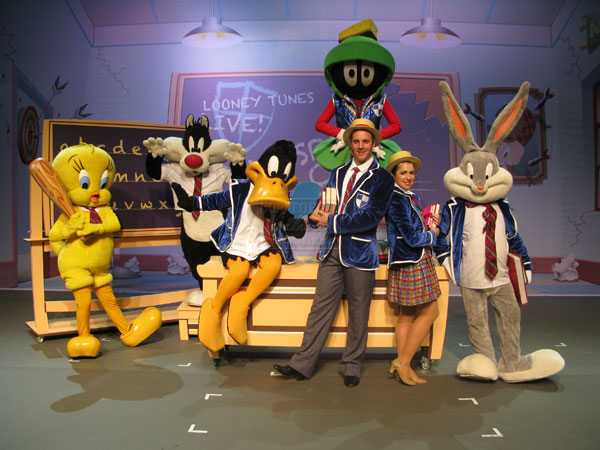 TAKING OVER: Looney Tunes characters led by Bugs Bunny will perform the live musical ‘Looney Tunes Classroom Capers’ at Stadium Perpaduan in Kuching from tonight until Sunday. The show produced by Warner Brothers, USA, has entertained more than 100,000 over four weeks in Australia. — Photo by Eve Sonary Heng 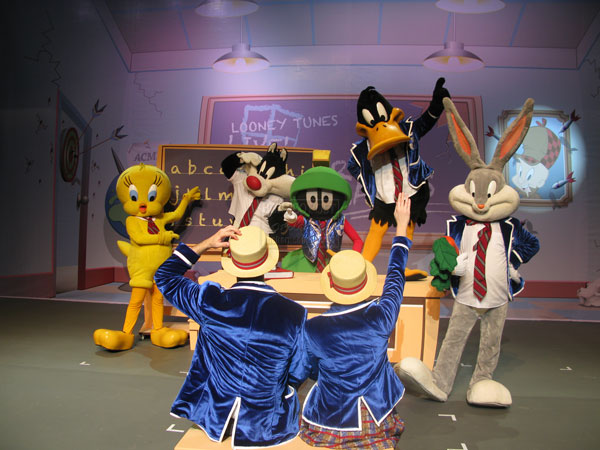 The world-class show produced by Warner Brothers, USA will begin at 7pm.

“We are very excited to be finally here for the first time and show to the people here what the Looney Tunes have to offer. The show will begin and end with amazing special effects,” producer John Read told a press conference yesterday.

“It takes eight to 12 months of planning and preparation to make this happen. The most amazing part is that everything is done in Kuching like all the designs for stage and layout, backdrop, lighting, we don’t have to bring anything except Bugs Bunny’s luggage.”

Read said the Looney Tunes have delighted audiences for 65 years and have become entertainment icons worldwide.

As such, he said the show is suitable for all ages.

He said the crew have been all around the world for the show including Australia, New Zealand and Singapore.

“It feels wonderful to be in a different part of Malaysia because we usually hear a lot of the happenings and big events are taking place in Kuala Lumpur. I believe with this world-class show being brought to Kuching, it is good tourism entertainment for Sarawak,” he added.

Organiser EduCore Paradise Sdn Bhd has invited about 500 children from charitable homes to watch the show tomorrow (Nov 22) at 3pm.

Show-goers can expect to laugh at the hilarious antics and dance along to the catchy tunes in this witty musical that has played to more than 100,000 over four weeks in Australia.

The teacher is running late for class so the Looney Tunes decide to take turns as the substitute teacher.

As Daffy Duck is trying to get most of the control and teach mostly about himself, the rest have to try and put a stop to that.