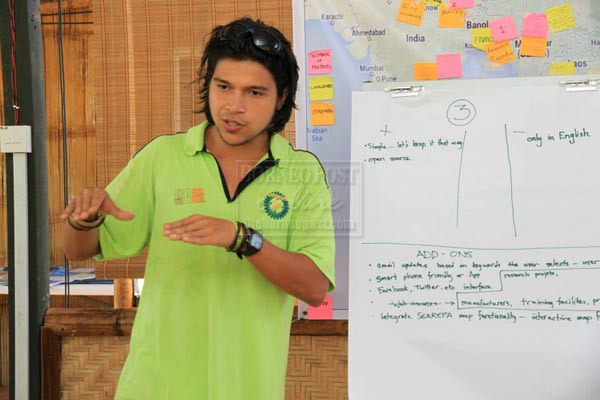 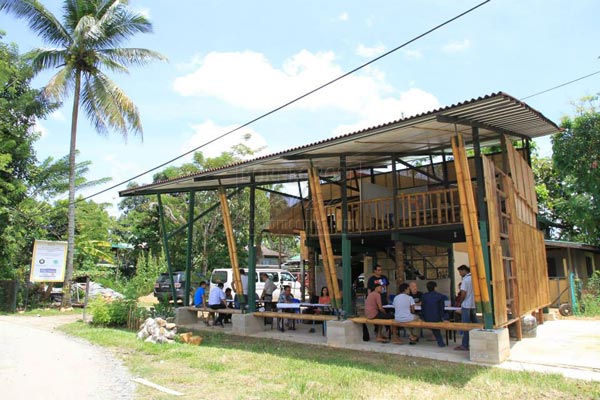 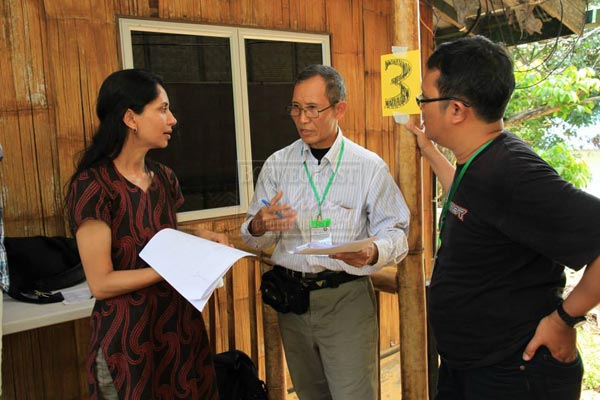 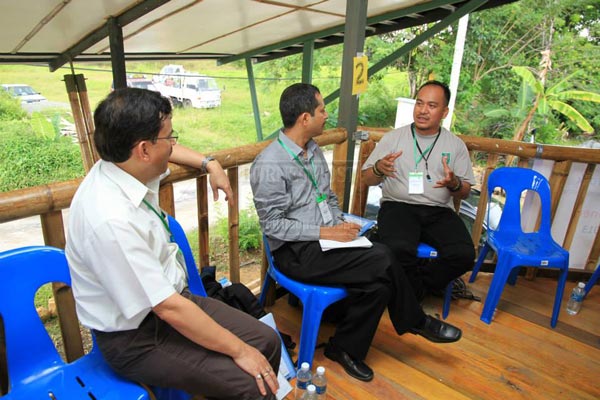 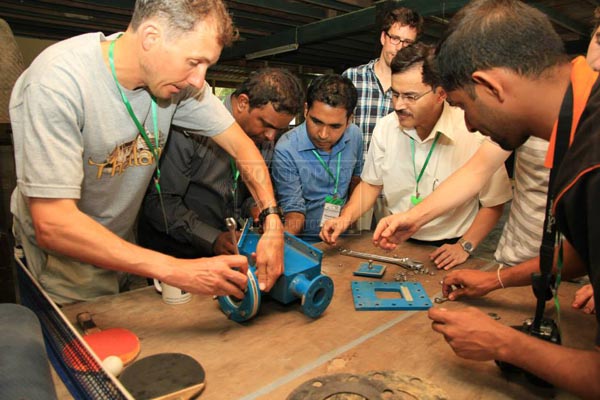 Members of the HPNet receiving learning how to use equipment needed for micro hydro projects. 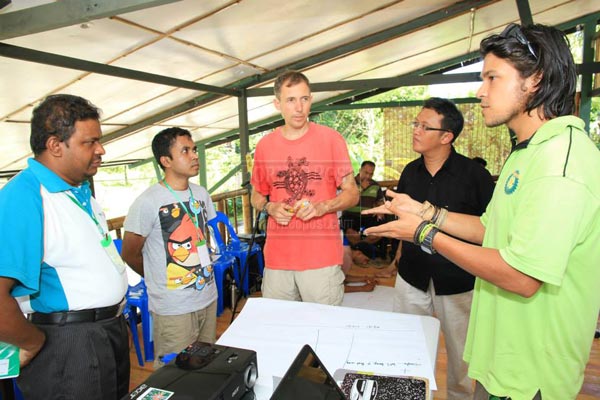 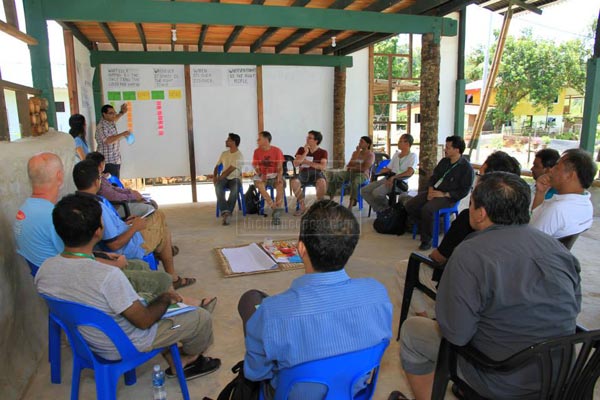 HPNet members sharing their thoughts and recommendations for the future at the meeting.

KOTA KINABALU: In some remote Southeast Asian villages and the rest of the developing world, micro-hydro projects are the best alternative to polluting and costly diesel-run generator sets, and an off-grid solution that is clean and relatively easy for communities to sustain.

There are success stories from the mountainous regions of Borneo all the way to Nepal, despite challenges that come in the form of national policies that do little to encourage their viability, lack of technical knowledge and continued focus on financing fossil fuel power projects.

The Malaysian Green Technology, Energy and Water Ministry’s revelation that a coal-fired power plant is still in the cards for Sabah strengthens the argument to develop renewable energy to meet the state’s growing demand for electricity.

In fact, this news comes in the wake of what some hope to be a shift in Malaysia’s energy landscape. Malaysia had recently announced the launch of a $100 million (RM320 million) investment fund to support the smart grid and renewable energy business development in Southeast Asia, the target being mid-size green technologies and businesses.

Green Empowerment Borneo programme manager Gabriel Wynn said in light of the planned investment and the need for fossil fuel alternatives, networks with seasoned renewable energy practitioners can play a role in helping Malaysia meet its climate change targets in an effective and efficient manner.

HPNet was one of 12 concepts developed at the inaugural Southeast Asia Renewable Energy People’s Assembly (SEAREPA) held in Sabah last year. Advocates from 11 countries converged for four days at the Centre for Renewable and Appropriate Technology (CREATE) under the HPNet banner, sharing stories of their struggles and successes.

Wynn said setbacks such as lack of priority funding by governments and low interest from the private sector are not deterring practitioners who find ways to work around obstacles, citing the establishment of CREATE in Penampang, Sabah, as an example.

“The main objective of CREATE is to provide training for community engineers who want to develop their own small renewable energy projects, or eventually find employment in what we hope will be Malaysia’s growing renewable energy sector. This centre is also a way to connect rural indigenous youth with the international community including governments and the private sector,” he said.

CREATE, supported by National Geographic’s Great Energy Challenge, will be graduating its first set of trainees in December.

Sabah non-profit TONIBUNG (Friends of Village Development), that is partnering with Green Empowerment in establishing and running CREATE is hoping to identify local champions who could lead to the success of renewable energy projects.

TONIBUNG director Adrian Lasimbang said appropriate technology needs a lot of adaptation and the ability to focus on the real aspirations of the community, unlike government programmes for rural electrification that are not tailored to the needs of the community.

“Now we are training indigenous youth at to implement these programmes. I hope that through the HPNet, there will be a lot more cooperation and sharing throughout the region,” he said.

Sharing his experience, Shen Maglinte from Filipino organisation Sibat said community based systems are the most efficient options for off-grid villages, but noted gaps especially in technical capacity.

“We need to develop new engineers and technicians within communities. In the Philippines, there is a lot of support for big hydro systems, but very little support for community based systems,” Maglinte said.

Speaking about India’s micro-hydro success and failures, DiptiVaghela of Kalahandi Micro Hydro said each project needs to be functional, have equitable outcomes, and practical and productive end uses.

“There needs to be synergy, unity and income from each project. In order to achieve this, you need to start with a strong community group, only then can micro-hydro systems create real, renewable changes,” Dipti said.

Over in Thailand, about 60 micro-hydro projects were fruited in a span of three decades until 2000, but by 2002, half were found to be failing due to lack of community empowerment and governmental follow up.

In Bangladesh, there was one attempt by the government to install a micro-hydro system but it failed as a feasibility study was not done, Renewable Energy Study Group’s Mowdudar Rahman Dewan said.

“This set a bad example, and now, there are no micro or pico hydro projects in Bangladesh. The western region is hilly and there is amazing potential for such projects in that area. I hope that our policy makers realise that in order to develop energy access, we need to tap into micro-hydro to best utilise our resources,” he said.

Representatives from Nepal and Indonesia highlighted the potential for micro-hydro power to expand into a real energy solution for communities throughout the region and significantly contributing to national energy demands.

“There are over 2,500 isolated micro-hydro systems in Nepal, and one interconnected project. We plan to interconnect isolated systems to further improve energy access and stability, and the ultimate goal is to connect these mini-grids to the national grid.

“The future of rural energy supply is in interconnected energy grids,” Binod Prasad of the Fraunhofer Society said, adding that micro-hydro projects in Nepal are using less than 25 per cent of potential output.

Participants were told that in Indonesia, there are over a thousand of micro-hydro systems in place, and significant on-going governmental support. Indonesia also has a supportive feed-in tariff to further develop the technology and expand it across remote areas in the vast nation.

There are also lessons to be drawn from Sri Lanka, where local organisation Janathakshan has installed more than a hundred micro-hydro projects and has since 2006 formed associations that are made up of developers, manufacturers and consumers.

The HPNet gathering was initiated through the support of the Wisions programme at the Wuppertal Institute of Germany, with Janathakshan coordinating the process.

Daniel Vallentin of Wisions said it was the aim of the programme to make clean energy a default solution to address basic energy needs in developing nations.

“More importantly, we want to enable communities to develop and maintain community projects themselves. We hope HPNet will be able to facilitate cross network meetings as well as bilateral exchanges that may solve many of the energy challenges affecting communities in Southeast Asia,” he said.