Tuesday, July 27
You are at:Home»News»Sarawak»Seeking divine intervention to fight crime 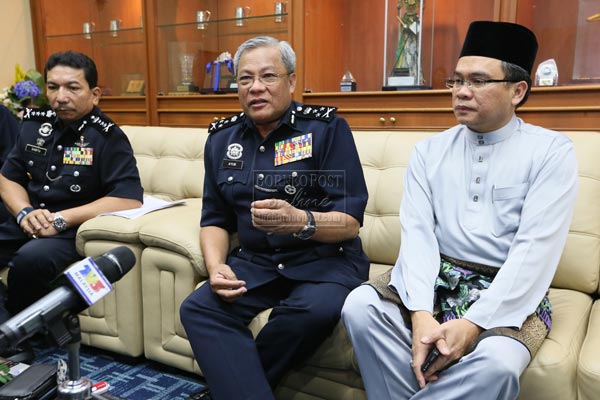 KUCHING: Sarawak police are now seeking ‘divine intervention’ in their efforts to combat crimes in the state.

For that purpose, a seminar on ‘Crime Prevention from the Perspective of Islam’ was held for senior police officers and men at the State Contingent Police officers’ mess at Jalan Badruddin here yesterday.

Meeting with media later, Ayub said crime prevention was a broad subject and various methods ought to be used to effectively manage or to reduce crimes in the country, alluding to the basal instinct of retribution in the hereafter to do good or be damned.

“So what we are having here today is, apart from carrying out their policing duties based on the standard operation procedures and law, we want our officers and personnel to serve as being required by God.

“We hope to build the spiritual strength among our men because we feel that this is among the most important values that they must have for us to achieve our objectives,” he said.

He said this was because only when they were spiritually strong can they avoid making mistakes when discharging their duties for the fear that they have in God.

“Because of that we are trying to build a police force, which, apart from being obedient and loyal to their leaders, also have the fear in God.

“It does not matter what religions or beliefs they belong to,” he disclosed.

He suggested that probably through this way, crimes in the country would be more manageable and curbed more efficiently.

“We want not only a prosperous but also a peaceful country. Both should come together because there is no point to being so peaceful but have nothing to eat, so both peace and prosperity are equally important,” he said.

He revealed that this was the first seminar of its kind to be held for police officers and personnel so far and hopefully in future it would also be extended to other districts throughout the state.

“For that, we are very grateful to Sarawak police contingent for taking such initiative and also the State Mufti for the strong support”.