Friday, January 21
You are at:Home»News»Sarawak»Tourist arrivals to the state on the rise, says Chief Minister 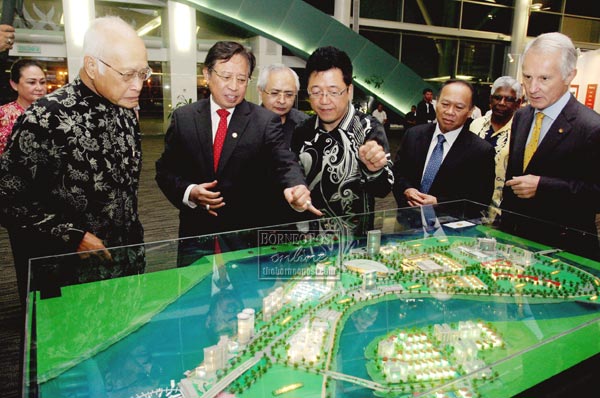 KUCHING: Sarawak’s tourism industry grew in the past few years due to the government’s continuous focus on this sector, said Pehin Sri Abdul Taib Mahmud.

The Chief Minister said tourist arrivals in the first nine months of this year alone had increased by six per cent when compared to the corresponding period last year.

He said this at the ground-breaking launch of UCSI Hotel Kuching at Borneo Convention Centre Kuching (BCCK) on Thursday. His text-of-speech was read out by Tourism Minister Datuk Amar Abang Johari Tun Openg.

Taib said he believed the availability of the hotel would have a major impact on the state’s tourism sector.

“With the state government continuously seeking new ways to boost tourism, the coming of the hotel will certainly have a positive impact on the tourism industry, which has already shown positive growth in the last few years.”

On hotel accommodation, Taib said the number of rooms had grown by almost 50 per cent since 2009.

Taib said overall 2013 had been quite an eventful and vibrant year for the state’s tourism sector, adding that the state won international recognition, especially in the area of promotion, marketing and meetings, incentives, conferences, and exhibition.

The Orang Utan project at Matang Wildlife Centre, for instance, was considered the best in terms of “responsible wildlife experience” at the World Travel Market in London last Nov 8, he said.

Next year, the Tourism Ministry would collaborate with the federal Ministry of Tourism and Culture to organise 13 major tourism events in conjunction with Visit Sarawak Year 2014 and Visit Malaysia Year 2014.

On UCSI, Taib said the opening of its Sarawak Campus here in 2008 and now its venture into a hotel project clearly showed its confidence in the state.

He noted that the university was currently leading the Entry Point Project 10 (EPP 10), a government initiative to annually produce 50,000 educated and highly-skilled workers for the hospitality and tourism industry in the country under the education National Key Economic Area (NKEA).

EPP 10 is one of the 132 projects the federal government had endorsed to radically develop the nation by 2020.