Tuesday, June 15
You are at:Home»News»Sarawak»Long-serving Kapit community leader passes away 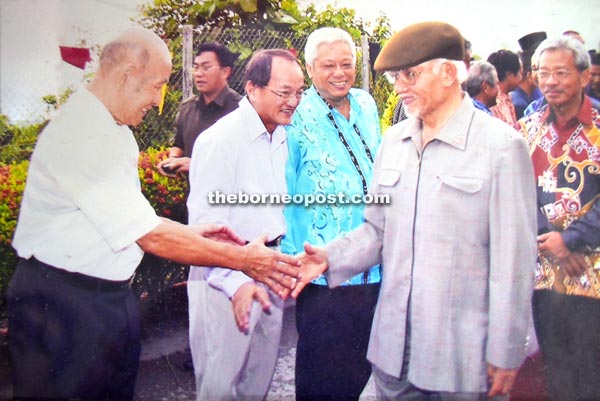 He had served as community leader since 1980.

Lau was last seen having coffee with a friend at 5am.

He had risen early to prepare for the funeral procession of Foochow community member Tiong Gin See, who passed away four days ago.

Around 5.45am, he was found lying on the floor of his shop Orchard Restaurant and declared dead when he was brought to Kapit Hospital.

Iban community leader Temenggong Kenneth Kanyan was among the first to console the family.

He described Lau as a great friend who was humble and committed to his work.

“Lau’s demise is a great loss to not only the Chinese community but Kapit in general,” he said.

A businessman, who only wished to be identified as Ngu, said Lau was very helpful and never turned away those seeking his assistance.

“Lau was a great leader of his time who contributed much to society.

“A gentleman who served with dedication unlike others who were boastful,” he said.

In recognition of his service to the Kapit community, Lau was conferred the Ahli Bintang Sarawak (ABS) by the Head of State and Ahli Mangku Negara (AMN) by the Yang di-Pertuan Agong.

A well-known sportsman, he would jog twice daily – in the morning and afternoon.

Previous ArticleSMC Library receives 406,622 visitors from Jan-Nov this year
Next Article Unimas can be centre for Borneo-related studies — Professor