Saturday, May 15
You are at:Home»Features»In the realms of Pluto 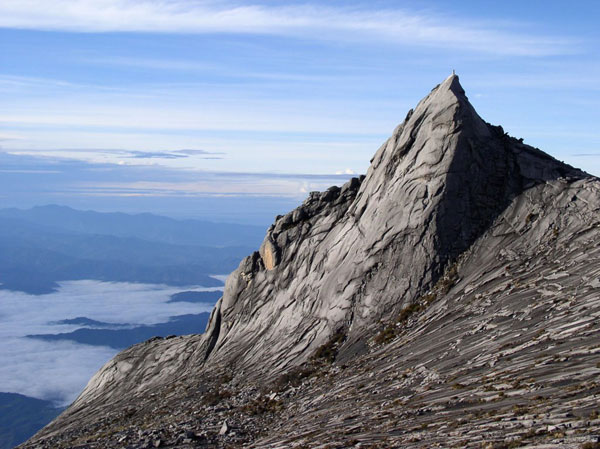 AMAZING: Thinking in geological time can give a clearer picture of how the beauty of this mountain has slowly evolved. 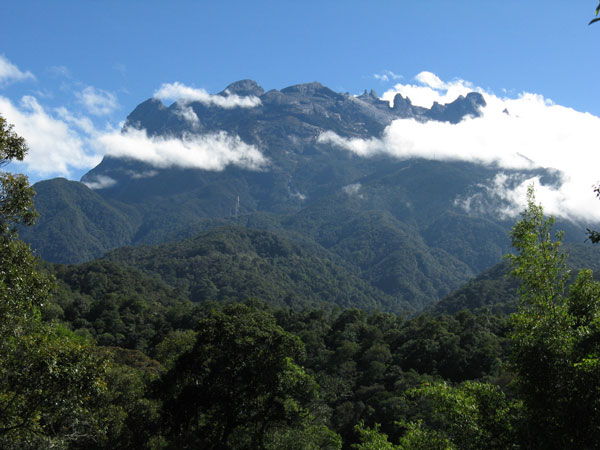 MOUNT Kinabalu, rising majestically to its summit of 4,011 metres at Low’s Peak, dominates the Sabahan landscape.

What are the origins of this mountain and how did this distinctive landscape evolve?

Even today this mountain is continuing to rise at the rate of five centimetres each year. In the Millennium Year, I climbed to Low’s Peak and subsequently it has reached another half metre higher, give or take more recent natural weathering and erosion processes. This mountain still rises!

Only if we think in geological time can we begin to understand how the beauty of this mountain has slowly evolved.

It is difficult to think back one million years let alone 35 million BP (Before Present), when in Eocene times, most of Sabah was below sea level with sandstone, siltstone and other deposits flushed from the land and dumped onto the sea bed.

Through plate tectonic (mountain building) movements these deep sea sediments were squashed together and heaved up, out of the sea bed, to create the Crocker Range, which runs through Sabah in a northeast to southwest alignment at an average height of 610 to 910 metres.

About 15 million years BP, during the Pliocene period, as one plate slid under another, the heat generated by the friction of one plate diving against another in the subduction zone melted deep seated rock.

This molten rock, of less density than the surrounding rocks rose upwards as a huge bulb-like formation to create a pluton. (The very word pluton is derived from the mythological Greek God of the Underworld – Pluto.)

This injection or intrusion of molten magma into the base of the Crocker Range pushed up the overlying rock to create the mountain.

Subsequently, erosion of the overlying rocks has exposed the cooled granite-type surfaces as we see today.

The pluton is still rising and injecting magma into the mountain’s base, hence the gradual increase in the height of Low’s Peak. Rest assured, the upward movement is imperceptible and at no risk to climbers.

In the gradual intrusion process of the granite-type rock into the Crocker Range sedimentary rocks, the latter changed in composition through the great heat of the magma into metamorphic rocks such as quartzites and slates especially on the edge of the granite-type intrusion.

Such a contact area between the hot magma and the surrounding rocks is known as a metamorphic aureole (halo) where the adjacent rocks undergo metamorphosis or a change in form. In my home county in the United Kingdom, Cornwall, such granite plutons were injected there 300 million years BP.

As in the granite rock in West Cornwall, so around Mount Kinabalu the surrounding metamorphosed rocks cooled and contracted over time.

This led to natural contraction cracks in the granite and surrounding rocks thus allowing further upward passage of yet further liquid magma as the deep-seated pluton bulged upwards.

Interestingly West Cornwall was once a major world producer of tin, copper, zinc and arsenic as Mamut is today, in Mount Kinabalu’s metamorphic aureole, in its copper mining area.

Beneath Mount Kinabalu there is a deep-seated granite-type batholith, estimated by the Australian geologist Gerry Jacobsen, in 1970, to cover 1,200  square km.

As further uplift of the mountain occurred, some of the molten rock also intruded into the contraction cracks in the granite to create white aplite dykes or veins of white rock readily seen on the mountain between Labuan Rata (the rest house) and beyond to the base of Low’s Peak.

Radiometric dating, through isotopes, suggests that the cooling of the intrusion of the granitic dome of Mount Kinabalu began between nine to 4.9 million years BP and that a further uplift of the granite pluton through the Crocker Range began relatively recently – only 1.5 million years ago.

There is no doubt that Gunong Aki Nabalu, Kinabalu Mountain, is the youngest granitic intrusion in the world and is still rising today.