Saturday, August 15
You are at:Home»News»Sarawak»Borneo Jazz is back with a ‘bang’ – of world-class names 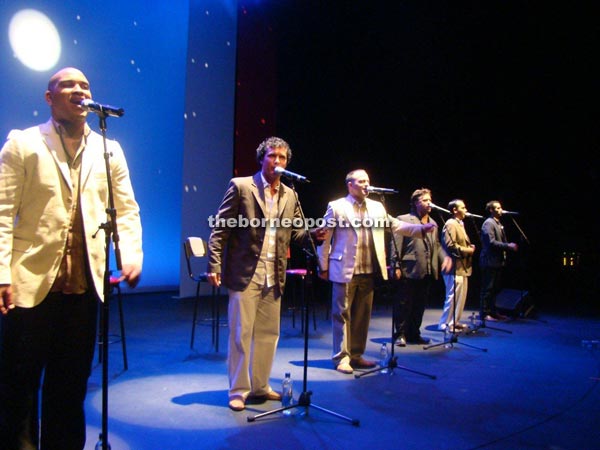 Iriao group from Georgia, an ethno-jazz band whose repertoire is based on authentic Georgian folk music.

MIRI: Borneo Jazz co-organisers have their jazz stars lined up for the Visit Malaysia Year 2014 (VMY 2014) and Visit Sarawak Year 2014.

The annual jazz festival, now in its ninth year, will be held here from May 9 and 10.

The impressive jazz lineup this year includes musicians who have made it big in the world of jazz, said Sarawak Tourism Board through a press statement yesterday.

Among the bands that will be performing will be Iriao, the eight-piece ethno-jazz band from Georgia.

Iriao’s repertoire is based on Georgian authentic folk instrumental and polyphonic music, which has been recognised by Unesco as a masterpiece of oral immaterial heritage.

However, the band is not aiming to modernise the unique polyphonic Georgian music but to saturate and adorn it with jazz elements. This is the first appearance of a Georgian band at the Borneo Jazz fest.

Another interesting line-up is Vocal Sampling, an all-male a cappella musical group from Cuba expected to be among the hit of this year’s Borneo Jazz in Sarawak. They are a well known band and a crowd pleaser. In the last two years, a capella acts have been a show topper at Borneo Jazz. Their album ‘Cambio de Tiempo’ was nominated for three Latin Grammy Awards.

Other favourite jazz bands listed for this year’s event will be Brassballett from Germany – the first and only show worldwide where musicians are dancers at the same time.

They will perform a choreographed show on stage whilst playing their instruments, Mario Canonge – a great virtuoso and showman playing creole
jazz with West indies rhythms from Martinique/France, also first Martinique band at the festival, YK Band from Indonesia which will feature jazz with Borneo flavour, and Anthony Strong of UK who has been hailed as ‘England’s new jazz superstar’.

He surpassed Gregory Porter, Michael Bublé and Harry Connick Jr. to become No 1 on the iTunes and No 2 on the www.amazon.com jazz charts in the USA.

The local scene will present Diana Liu, the Sarawakian-born artist who plays pop, jazz, bossa nova, gospel and funk/soul and who will represent Malaysia/USA/Taiwan.

Among members of her band will be our very own prolific Lewis Pragasam on drums.

Tickets to Borneo Jazz will be on sale starting from the last week of January.

For promotional offers and discounts as well as further information on the festival, music fans are advised to logon www.jazzborneo.com.