Saturday, August 13
You are at:Home»News»Nation»Tengku Adnan: Hard Rock Cafe approval only if conditions are met 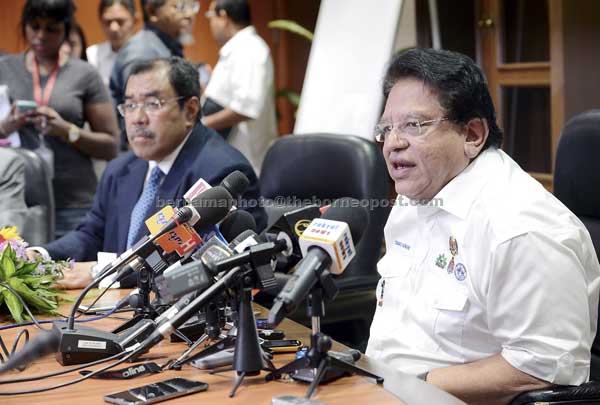 PUTRAJAYA: The application to open a Hard Rock Cafe outlet here will only be approved if it meets all the stipulated conditions including not selling alcohol and providing clean entertainment within the confines of Islam.

Federal Territory Minister Datuk Seri Tengku Adnan Tengku Mansor said this would ensure the image of Putrajaya as the administrative centre of a country which practised the Islamic administrative system.

“We have guidelines and we stick by these guidelines … We want Putrajaya to be a sustainable and cheerful city which is an example to the rest of the country,” he told reporters here yesterday.

Tengku Adnan was commenting on rumours in Facebook of the opening of a Hard Rock Cafe branch here resulting from discussions held between Putrajaya Corporation president with the HRC investor Tan Sri Syed Yusof Syed Nasir.

However, Aseh has clarified that no formal application has been made while Hard Rock International has also denied it will be opening a branch here.

Tengku Adnan said previously, the same conditions were also imposed on 24-hour shop outlet 7-11 and the Putrajaya branch is the first of its outlets which does not sell alcohol.

He said there were many more entrepreneurs of famous brands, including of theme parks and private hospitals which were interested to open up branches here, and each will have to observe the same conditions before approval was given.

“We don’t want to shut them off (the investors), but we will tell them our conditions. He is doing the right thing talking to the investors, because we want investors to also come to Putrajaya. We can’t get government to invest all the time,” he said when commenting on the meeting between Aseh and Syed Yusof.

Asking the public not to get upset, Tengku Adnan hit out at irresponsible parties who created speculation on the matter.

“Please don’t spin. This is unbecoming … It makes me sad to see what is happening. This will mould future Malaysians. We don’t want them to be like the Westerners. We want them to have Eastern values,” he said. — Bernama