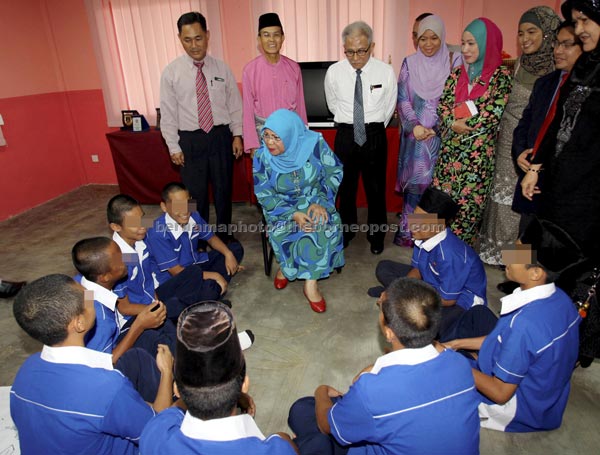 KUCHING: Sekolah Tunas Bakti (STB) Kuching is the first such institution under the Ministry of Women, Family and Community Development to be accredited to conduct training based on the Malaysian Skills Certification.

“Some 30 children have benefited from this skill training and obtained Level One certification. Five of them have entered the job market,” she said before opening STB Kuching’s `Culture Club’.

STB is a special rehabilitation centre for children under the age of 18 years who had committed non-serious crimes.

Rohani said thus far 150 children had obtained various skills certification from six of the nine STBs in the country.

In STB Kuching, the skills being taught involved wood, agriculture and electrical wiring.

“This training is good as it is also in line with the Sarawak Corridor of Renewable Energy (SCORE).”

“We want these (STB) children to be independent, and from being problem children to becoming skilled workers and contribute to nation building.”

Rohani said there were some 3,000 children in STB across the country, and her ministry hoped to help these children lead better lives by training them.

“Some these kids have gone to institutions of higher learning to pursue further studies.

“This shows these children can be rehabilitated.”

On another matter, Rohani said her ministry would be building half-way homes for those children who were 18 years old and above.

“These homes would help this category of children to stay out of the institution while looking for work. These half-way homes preferably are built near STB as some of these grown-up children have siblings in the same institution.”