Tuesday, January 25
You are at:Home»Sports»Football»Decade of disappointment in the Super League, 2004 – 2013 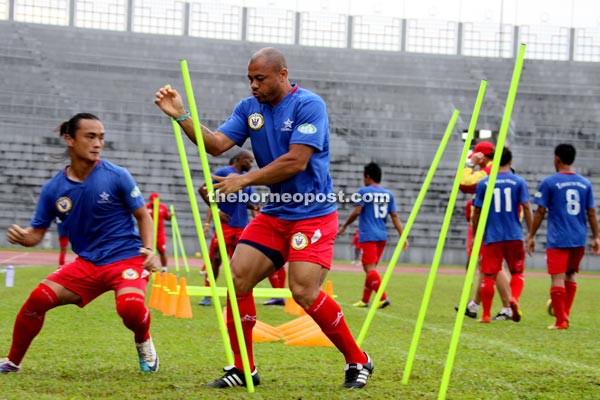 SARAWAK only started to participate regularly in Malaysia’s inter-state football competition from 1979.

But it was in the late 1980s that the Sarawak team shot to prominence The state team during the Ngap Sayot era (1988-90) proved to be a force to be reckoned with. And although there were close calls, Sarawak was unable to win any trophy.

It was only in 1990s that the team met with some measure of success: winning the FA Cup in 1992 and the then Division One league title in 1997.

Before the Super League was inaugurated in 2004, it is essential to know that the Malaysia’s top tier league tournament was first known as the Premier League (for a short period from 1994 -1997) and then the Premier League 1 from 1998 – 2003.

The Super League was first incepted in 2004 following the Football Association of Malaysia’s attempt to privatise the country’s league.

Sarawak became one of the eight teams who formed the inaugural Super League.

But it was relegated after that first season upon finishing as one of the bottom two teams.

Sarawak’s poor start in the first season of the country’s top tier in fact turned out to be the beginning of a dismal pattern.

The team’s track record in the first decade of the country’s top tier league is nothing short of disappointing.

The only time that the team avoided relegation after one season – in 2007 – was also because only one team – the team that finished last (luckily it was not Sarawak) – was relegated!

Fans know that Sarawak also did not survive the 2012 Super League season.

They may not realise, however, that the state team’s position – fourth from bottom – among the 14 teams that year was actually its best ever performance in the 10-year-history of the league!

That year, FAM had decided to change the Super League format by reducing the number of teams from 14 to 12.

The 11th placed Crocs had to go through play-off matches to stay in the league. But they failed to survive.