Thursday, August 18
You are at:Home»News»Sarawak»Warehouse caught fire caused by lantern 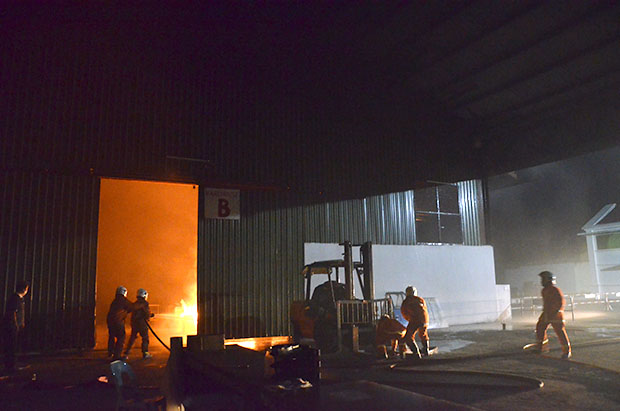 Fire started burning inside the warehouse

MIRI: The fire accident was suspected caused by falling lantern on the roof of a warehouse within the factory, fortunately the security guard discovered the incident and called the fire department to take out the fire before it caused major property damage.

The incident happened 8p.m last night at a factory’s warehouse located at Piasau.

At that time, the company’s security guard discovered a lantern slowly falling down the the roof top of the warehouse, and soon found fire on the warehouse roof top.

Due to the high of the roof, the security guard was not able to extinguish the fire, and immediately notify the fire department for assistance.

Right after the fire department received the report, 3 fire engines and 15 firefighters were sent to the scene to extinguish the fire.

The fire was controlled after 10 minutes, but the warehouse was filled with smoke, the firefighters left after they determined that there was no more flame.