Friday, August 7
You are at:Home»Features»What’s for breakfast in Sibu? 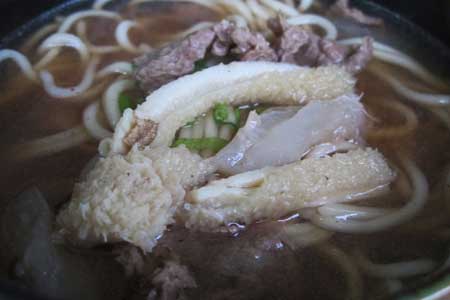 A bowl of kway teow with beef and tripe broth at Jalan Tuanku Osman. 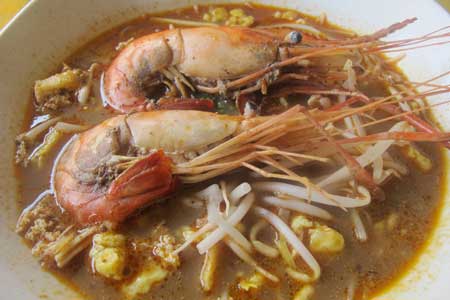 Sarawak laksa with big prawns available at the SEDC food court at the end of Kampung Hilir. 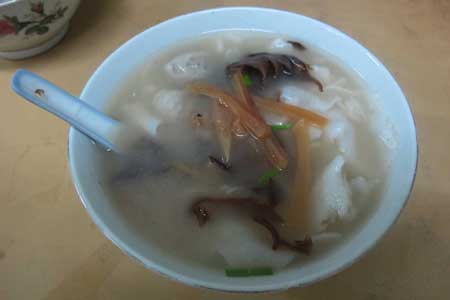 A big bowl of dian bien hu sells for less than RM5.

YOU could get Northern Indian food now in Sibu, observed the young excited undergraduate I was travelling with as she obliguely eyed the book I was reading about travels in India.

“We had a wonderful gathering last month to celebrate a lecturer’s birthday at Payung,” she said, adding in the next breath: “We can also have some great Japanese food in Sibu.”

She said five years ago, the elders were all very traditional and most town kids only liked KFC or McDonald’s but now, many of the coffeeshops or eateries also had to look good with new-style service and interior décors.

“Sibu is really improving,” she enthused.

While most people would look for kampua, kompia and kopi-o (the three K’s) for traditional Foochow breakfast, Sibu serves up more food choices than you would actually know once you start digging deeper into its gastronomical menu.

New food outlets are mushrooming to titillate your taste buds. And one, in particular, along Jalan Kampung Datu serves a special roti canai filled with thin banana slices. The outlet is called Sri Pelita, operated by an Indian from Johor who is married to an Iban woman, and the items on the menu might even be something innovative for our Indian friends.

The roti is light and so thinly stretched that you can see the banana slices between the layers. The fine pastry is fragrant and light. One could fall in love with it at first bite.

The coffee and tea here — hot or with ice — are on par with local standards. Those preferring Horlicks or Milo drinks may have to look elsewhere such as at the Noodle House which serves some very interesting Horlicks beverages.

However, Sri Pelita’s nasi lemak has a nice taste of Indian spices and the tandoori chicken is great as well. It’s no wonder the outlet is often over-crowded in the early morning, especially with government officers and uniformed personnel. 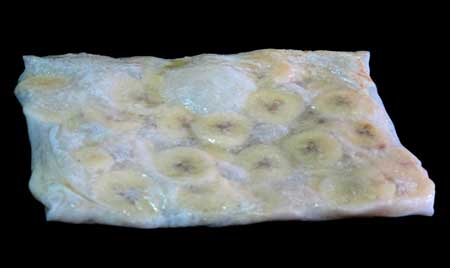 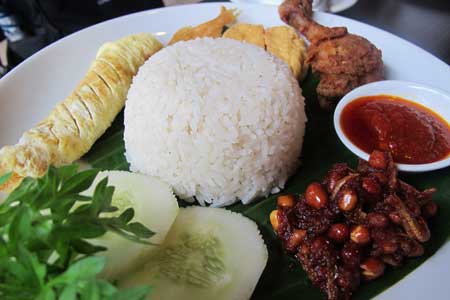 Nasi lemak on the menu at Cafe Ind.

SEDC operates a food court at the end of Kampung Hilir, offering some interesting breakfast treats such as rojak, Sarawak laksa, served with a couple of big prawns, and roti canai. For a halal breakfast in a kampung setting, this is the place to be.

If you are on the lookout for good nasi lemak and other Indonesian dishes, you can head to the police headquarters of Sibu. Behind this four-storey building, housing the police department, is an eatery called Café Ind, owned by Peter Tang, a Sibu-born but overseas-trained businessman.

Tang promises fresh and reasonably priced items. And nothing is better than a good friendly suggestion — with a smile — from the waiters or waitresses. The proprietor himself is very hospitable and accommodating.

A satisfying breakfast at this café will definitely not break your bank. On top of that, you will enjoy the nice décor and atmosphere. Order the Indian ginger milk tea and your mood will swing to the happier end of the pendulum.

There is another food outlet near the Sibu Wharf on the banks of the Rajang where, besides having a good riverview and mingling with the cheerful early morning crowd amidst the constant pep pep pep of motor launches, you will get some hints of incense twirling skyward from the nearby Tua Pek Kong Temple.

Here, you can have a good eight treasure chicken broth with longevity noodles — and even bubur cha cha. The breakfast list is long and you can really enjoy a good start to the day.

The outlet has great ambience. The interior decorator has done a good job, transforming the old shophouse lot into a modern eatery. It’s not too upscale, so you should feel right at home with your Japanese slippers and T-shirt.

A bank officer may walk in with his neat necktie, sleek hairdo and a charming girlfriend wearing a top-of-the-line dress. But they will probably still order what you order! 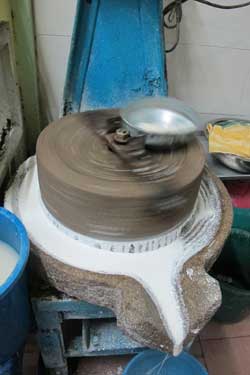 This special rice gruel with dried squids and fish balls soup is legendary. The proprietor has actually installed a Chinese stone grinder to show he uses “real” rice to make the rice batter.

Although the grinder has been around since stones were used in the milling of grains, not much change has been made to the assembly of the two stone slabs — one rotating and the other stationary.

The proprietor has mechanised his stone grinder. The rotating slab is now attached to an electric motor, so no hands are needed to rotate the heavy stone slab. His innovation reminds one of the electric acoustic guitar or the electric sape.

Every morning, the staff pour bowls of soaked rice into the cavity of the upper rotating stone slab and the motorised stone grinder does the rest.

‘Rice milk,’ produced in the process, flows from the grinder into the receiving pail. That’s where the goodness of dian bien hu comes from. It’s the freshest of rice batter.

This special Foochow breakfast was first served at the same place more than 60 years ago by a Mr Yew whose children did not carry on his trade.

Instead his first assistant chef, who is the present owner, took over and has been running the outlet for the past 50 years.

According to a regular customer, Adrian from the Rajang Port Authority, dian bien hu is really a good breakfast. Both young and old alike frequent the outlet for huge bowls of this special rice gruel which is also popular among members from other ethnic groups such as Adrian, an Iban, and his friend Joseph, a Bidayuh from Kuching.

Dian bien hu originated from Fuzhou, China. It was an ingenious invention to hasten the cooking of rice. The innovator ground rice into a soft runny batter and cooked it at the side of a kuali in just minutes. Scraped from the kuali into a waiting boiling broth, the dried rice pancake would become a tasty gruel, ready before one could say do we have to wait for a while?

According to Fuzhou city gourmets, the traditional dian bien hu is Nature’s gift to the Foochows — a combination of the best from the land (fresh rice paste, organic golden needles and freshly collected forest black wood ears) and the sea (squids and fish).

The huge crowd’s presence at the shop vouches for the goodness of the breakfast. Even on rainy days, more and more people are turning up. Many are returning customers and the proprietor said sometimes three generations in a family would come for brunch.

It has a really good atmosphere. You could even hear the proprietor tell the customers: “Of course, I know you, I know your father and I know your grandfather too.”

Perhaps, just by following your nose, you could locate the best breakfast in town. You may be able to smell the flavourful but simple kampua from a few stalls away. Your appeite could also be whetted by the fragrance of Sarawak laksa filtering through your car window or the sweet smell of freshly baked kompia from the backlane of Market Road.

You may be also surprised that at every corner, Sibu kopi-o beckons.

It’s time the Tourism Board publish a book on foods and eateries in Sibu for tour leaders and tourists. Facebook and blogs (still crazy after all these years) have been playing their part in boosting the town’s food industry.

Indeed, Sibu has hidden gastronomic treasures that your discerning taste buds may find hard to resist.