Saturday, August 15
You are at:Home»News»Sarawak»2 English couples first know of Sarawak while on cruise 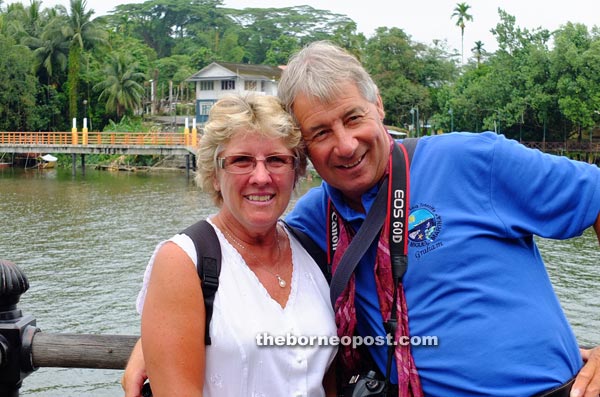 Kathy and Graham only heard of Sarawak when their cruise ship made a stop here. 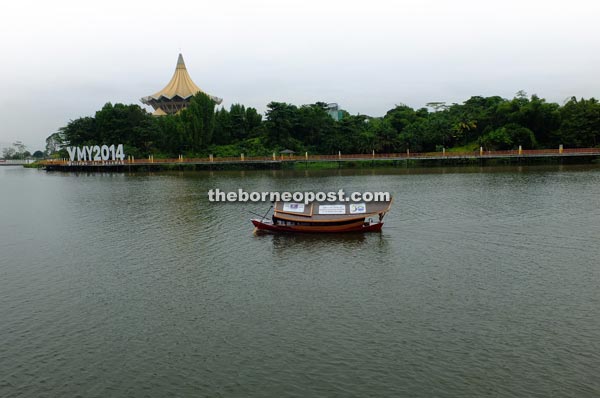 A penambang plying the Sarawak river at Kuching Waterfront with the State Legislative Assembly Building and Visit Malaysia Year 2014 sign in the background. 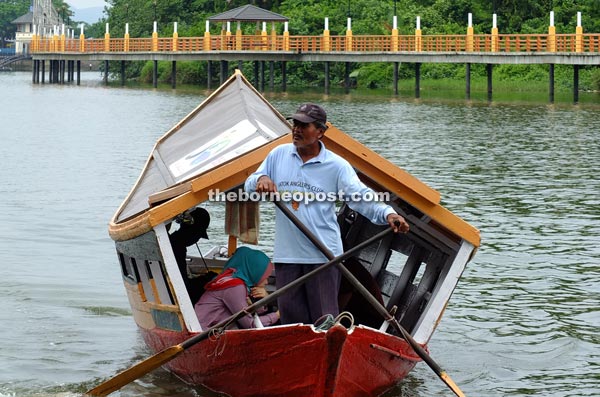 Abang Hussein picks up fewer tourists as they prefer to take the river cruise.

KUCHING: The Tourism Ministry needs to put in more effort in promoting Visit Malaysia Year (VMY) 2014 to the world as its reach fell a little short of England.

Two English couples met at the Kuching Waterfront recently did not know about the state, or Malaysia, and were here simply because it was one of the stops made by their cruise ship Adonia.

“We only learned about Sarawak from our cruise and not VMY 2014. Nevertheless, it is a good chance to escape the weather back home in North England as there is a lot of heavy rain and lots of water everywhere, while Sarawak is hot. We also tried the boat ride to go across from Kuching Waterfront,” said John Stenton, 76.

He said the boat ride was good as they both got to experience the natural transport of locals.

It was the first trip here for him and his wife Patricia, 71. Their previous stops included Penang, Melaka and Singapore and will stop in Brunei and Kota Kinabalu next among many other stops before returning to England on April 29.

Patricia noticed many cats around the city – many pregnant ones too – living up to its name of Cat City.

Another couple, Graham and Kathy Smith on the same cruise said coming to Sarawak was part of their cruise.

“This is our first time in Sarawak and our ship only stops here for a day. We find Sarawak quite nice and tidy, but the river needs a bit of cleaning,” said Graham.

The couple were spotted alighting from the ‘penambang’ (boat) at the Boyan-Gersik-Sourabaya waterfront.

He said they took a walk to take photos of the villages and the new State Legislative Assembly building before returning to Kuching Waterfront.

He will tell his friends and family of their experience in Sarawak and promote it as a vacation destination.

“I will recommend Sarawak as it is a different culture, the people nice and friendly and no hassle,” he said.

He seldom got tourists as customers except on public holidays.

He added that the slow-down in business was also due to the increase in price of fuel.

Despite increasing the fare from 30 sen to 50 sen one way, he still has to cut down on trips to reduce cost.

“I have been running the business since the 80s and back then, I can make over 20 trips but now I limit it to 20 per day,” he said.

Working since 1971, he said the boats were taken by locals and seldom tourists.

Most of his customers are those working at Parkson or nearby businesses.