Friday, December 4
You are at:Home»News»Sarawak»Director relieved at DPM’s announcement of additional allocation 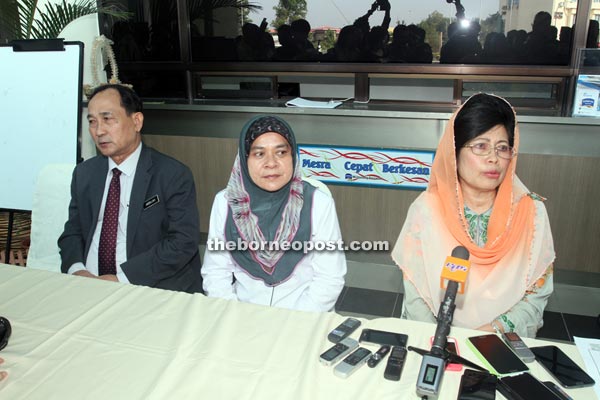 KUCHING: The Education Department has identified some 800 schools in dilapidated conditions in Sarawak that need to be repaired or rebuilt.

“Moreover, we will need more skilled and professional manpower especially technical-wise to assist in planning,” he added.

Meanwhile, Welfare, Women and Family Development Minister Datuk Fatimah Abdullah revealed that auditing had been carried out to determine the conditions of the schools in need of repair and improvement.

“The deputy prime minister has pointed out Sabah and Sarawak have more schools that are slowly decaying especially those in the rural areas,” she said.

“This is because most of the schools, especially those in the rural areas, were built on communal efforts and despite them being ruined, teachers and children continue to use the facility as they have no other choice,” Fatimah explained.

As such, she agreed that the additional funds were very much needed to make improvements to these schools which had been classified as unfit for occupancy.

“We are also grateful that the state Education Department director has been empowered to implement projects under RM5 million and carry out tender process as well as architectural specifications,” she said.

“This is a wise move as the state department will have better understanding of the needs of the affected schools in respective areas,” she added.

On a related matter, she disclosed that there was a small number of ‘sick projects’ when the procedure was centrally controlled.

“Now that the state director is being given the authority, I hope these sick projects will gradually be eliminated,” she said.