The police said the 69-year-old victim died from an injury to the head. The victim’s motorcycle was still at the site, but the suspect’s vehicle was missing.

Police went to the suspect’s house but did not find him there. They are tracking him down. 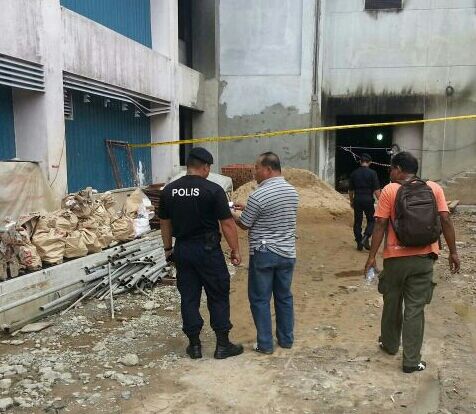 Police inspecting the site where the victim’s body was discovered.