Monday, December 6
You are at:Home»Business»Auto design, engineering next on Australian-Malaysian JV’s plate 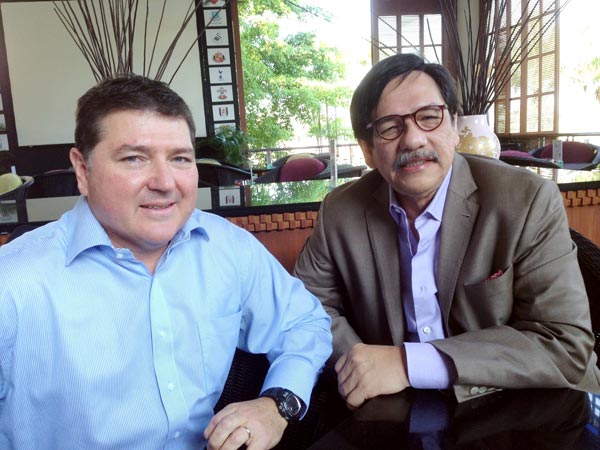 Lomas (left) and his joint venture partner Wan Mohamed. The JV could benefit immensely from the phsycial assets and human resource left behind for engineering and technical skills. — Bernama photo

KUALA LUMPUR: An Australian-Malaysian joint venture signed recently to manufacture automative component parts will next look into providing value-added design and engineering capability in the automotive industry for the world market.

Venture Australia group managing director Dean Hilliard Lomas told Bernama the JV would be expanded from the early stage of design right to the sequence of line and delivery and managing everything in between.

“Venture Australia is already in India, China and South Africa but is not represented in Asean, and we believe we now have the right partner to kick off our venture in Asean,” he said of the WSA Group.

Lomas said the JV would benefit from the big pool of skills and expertise in Australia from design and engineering through to world-class manufacturing because of Australia’s position as a world leader in manufacturing.

He also said Ford had announced it would close down its manufacturing facility in Australia in the third quarter of 2016 while Holden and Toyota would follow suit at the end of 2017.

“We can transfer the skills and expertise to other countries that could use them.

We will be looking to our foot-print through the region and utilise the skills available,” Lomas said.

He said automotive manufacturing was on the decline in Australia in the last couple of years but not the demand of cars which was still around one million a year.

The Malaysian partner in the JV, Datuk Dr Wan Mohamed Wan Embong, said the Australian car market penetration was still one of the highest in the world and one of the most diverse with product offerings for those millions of cars more than in Europe.

Dr Wan Mohamed, who is chairman and chief executive officer of WSA Group, said with the closure of the three manufacturing facilities in Australia, the JV could benefit immensely from the phsycial assets and human resource left behind for engineering and technical skills.

“In the second and third phases of our JV, we are looking at some of these assets to be relocated here to serve the Malaysian and ASEAN markets and then other markets later.

“By having a JV with the right people and DNA, we have diversified and widened our clientele base and this is very critical.

“We are not only looking at widening the product range but also services as well as market range.

These are the areas we are looking at and definitely it will benefit both parties,” he said. — Bernama