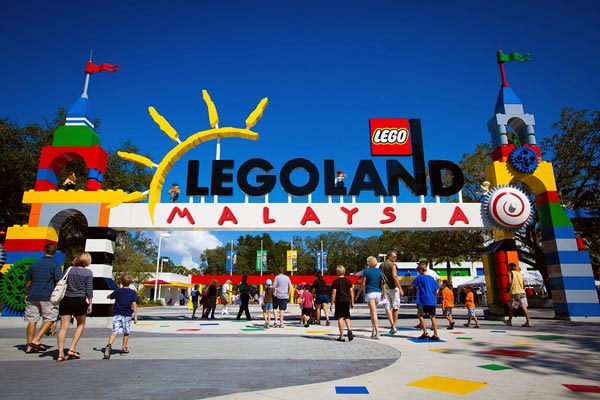 The South Asia market, mainly India and Sri Lanka, are seen as among the key markets for LEGOLAND given their close proximity

NEW DELHI: Legoland theme park and Genting Resorts World were among the participants in a travel market organised by Tourism Malaysia that received tremendous response from travel agencies in Sri Lanka.

“We must thank The LEGO Movie as it has attracted almost half of the 70 per cent of the agents I met here. It has also made it easy to explain to them on what they can expect from the theme park,” Legoland manager for Tours and Travel Owen Tan told Bernama after the travel mart that was organised in conjunction with Tourism Malaysia’s Visit Malaysia Year 2014 in Colombo.

The sales mission to Sri Lanka was the largest ever and the first after a four-year gap. There were 50 participants from Malaysia comprising hoteliers, event operators and travel agents and 160 outbound travel agents from Sri Lanka.

The South Asia market, mainly India and Sri Lanka, are seen as among the key markets for Legoland given their close proximity, he said, adding that the theme park was keen to enhance its marketing efforts in the region to create more awareness.

“There is another 30 per cent of outbound travel agents who have no knowledge of the theme park. Hence, we need to capture that as well,” said Tan.

“We get a substantial number of Indian tourists to Genting and we want to attract Sri Lankans as well,” said assistant Ddirector of Sales-Tour Sales Catherine Wong, adding that this was Resort World’s second sales mission to the country.

Resort Genting, she said received about 75,000 Indian tourists who usually stayed up to two days.

“We also want to update them on the latest developments that are taking place in Genting,” said Wong.

Among others, the Twentieth Century Fox World and the proposed establishment of Genting Premium Outlets is expected to attract more tourists, she said.

For now, he said the Klang Valley, especially Genting, Penang and Langkawi was the most famous locations for South Asia travellers.

“Hence, we will continue to focus on these places before expanding into other locations,” he added. — Bernama