Monday, January 20
You are at:Home»News»Sabah»Pick-up truck crashes into ditch 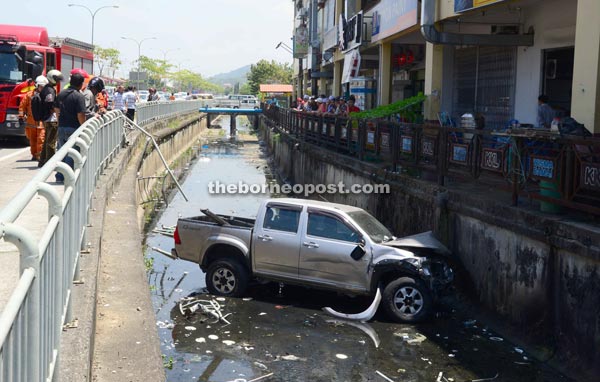 The pick-up truck that crashed into the monsoon drain at Damai Road yesterday. 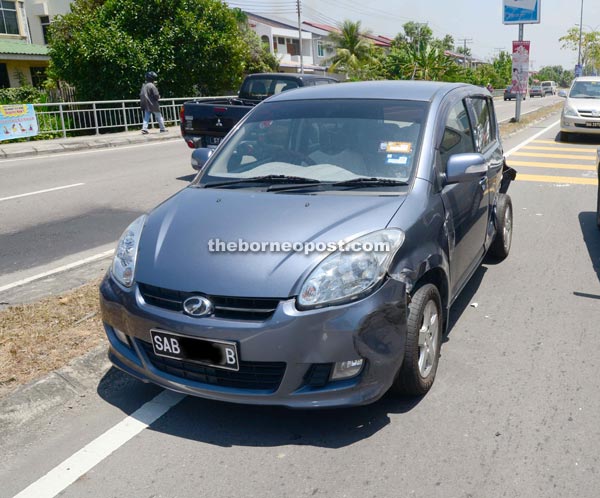 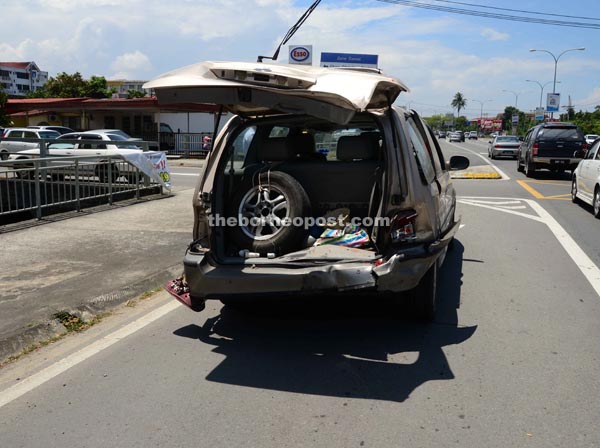 The Perodua Myvi and Perodua Naza that were involved in the accident.

KOTA KINABALU: A local man, said to be a restaurant operator, was trapped in his pick-up truck for several minutes after it plunged into a monsoon drain at Damai Road, Luyang yesterday.

It is believed that the driver, in his 20s, was on the way to Foh Sang from Dah Yah Villa around 10.50am when he lost control of the Isuzu D-Max, which hit the rear of two other vehicles, a Perodua Myvi and a Perodua Naza, before smashing through the guardrails and going down the drain that is some five metres deep.

Members of the public immediately came to the man’s aid, freeing him from the vehicle and sent him to the nearest hospital for outpatient treatment.

The drivers of the Myvi and Naza, a woman and a man in their 50s, were not hurt.

Meanwhile, city police chief ACP Jauteh Dikun said police were investigating the incident, and he urged eyewitnesses to come forward to assist them.

A team from the Fire and Rescue Department also came to see if their help was needed.

The incident caused a traffic jam during the afternoon rush hour.