Friday, July 10
You are at:Home»Columns»And so it goes»A hymn and a love song 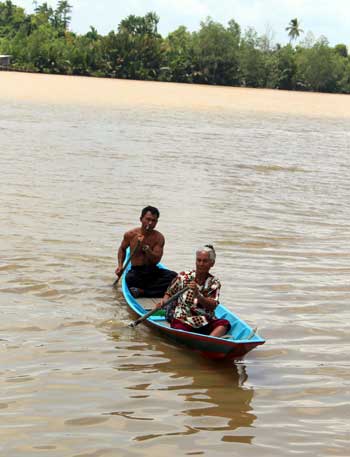 A better future ahead.

EVER have a song on your mind at the right moment?

It happens to me very often – sunset, sunrise, joyful moments, anxious times, setbacks – the good Lord always puts a song in my heart.

Most times, the melody on the mind and heart is a welcome one. And Issac Watts strikes very often. With over 600 songs to his credit, chances of his music lingering in my head are naturally greater than any other song writers’.

My good friend in Mukah where there is an imminent by-election, texted me on a beautiful Monday afternoon: “I have to tell you I have tasted the sago worm.”

At that instant, this song sprang to mind:

Alas! And did my Saviour bleed?

And did my Sovereign die?

Would He devote that sacred head

For such a worm as I?

I frowned with the text and the last line of the hymn that Issac Watt wrote more than two centuries ago. A worm? Does God see me as a wriggly “worm”?

Before I could respond, my friend continued: “Wonderful. Tender – a bit like buttered prawns.”

That’s much better. Surely, my good Lord will “devote that sacred head” for such a wonderful butter-prawn-like worm like me.

It seems the value of “worms” in Mukah-Balingian has appreciated – that’s good news.

Deputy Prime Minister and Education Minister Tan Sri Muhyiddin Yassin has announced an allocation of RM79 million to build a secondary school in the Balingian sub-district and rebuild the primary school at Kampung Tellian in Mukah.

He acknowledged the local communities’ urgent need for schools in both areas and has urged the Economic Planning Unit (EPU) to expedite the approval of the budget.

Of the RM79 million, RM60 million will be for the building of a 24-classroom new secondary school to accommodate 800 students for the Balingian sub-district community. Construction will begin next year.

Muhyiddin said this would lessen the burden of parents who had to send their children to Mukah, 60km from Balingian town.

RM19 million is for rebuilding SK Kampung Tellian which has been certified unfit for more than a decade, and students are parked 3km away at a school which is getting very crowded.

Two weeks ago, I took a walk on the jetty where my mama and I used to spend many sunsets together during my young days in Kuala Balingian, and I pondered what do the people in Balingian really want?

After more than five decades, there is not much development seen here. I did not see young people around – only the elderly and young children. The place was brightened by a wedding that day though.

Slowly, a boat rowed towards the jetty. There was a man and a woman in it. They said they were from Rumah Mang.

The man said he works as a security guard, earning RM750 a month. He spends RM70 per week (RM280 per month) sending his child to secondary school in Mukah and RM250 per month on another child in college (UiTM Mukah campus).

He said: “I will try all means to let my children have education,” assuring: “All legal means.”

His elderly mother chipped in: “We want clean water and electricity.”

I pondered in my heart – such a great father, such simplicity and such bare essentials. And we have kept them waiting for 50 years, especially the elderly matriarch – from a sweet 17-year-old to a matronly silver-haired 67-year-old.

Are we not guilty of making them wait and feel so undeserving, unimportant and meaningless?

Yes, we were worm-like before our Creator found us – lowly, wandering, dirty, unattractive, wriggly – but we are worthy, wonderful worms in His eyes.

Muhyiddin has surely lifted the simple poor folks in Mukah/Balingian this week from miry clay and set them upon a rock with his announcement of the new school projects – two of them, not just one.

He was quoted as saying with compassion now that he knew the urgency to have both schools, he would take it up personally with the EPU.

How wonderful that the Education Minister is giving personal attention to the school projects in Mukah/Balingian!

The BN may have used the song Desperado to liken PKR to a desperate adversary but the desperado is putting up a fight for a good cause.

I had the opportunity of talking to some other people at the Kuala Balingian jetty and they said they were thankful to the opposition as well as media for bringing up issues faced by the people.

Indeed, by putting up a good fight, the opposition has also helped to clothe the people with hope and made them worth more than gold.

As PKR Balingian by-election director See Chee How said: “It is not too much for the people of Balingian to ask for another secondary school because even the Education Department recognises that for such a big district and sub-district, you need two additonal secondary schools.”

They had also – even before Muhyiddin had – shown the same grace, mercy, love and peace to the local people.

Today, I join all the people, especially the parents who have young school-going children in Balingian in saying we love our Education Minister Tan Sri Muhyiddin Yassin with no reservations.

Issac Watts closes the hymn with this:

While His dear cross appears

Dissolve my heart in thankfulness

And melt my eyes to tears.

May this remain in our mind and be an edification to both by-election candidates for putting up the best fight for the people in Balingian.