Wednesday, October 5
You are at:Home»News»Sarawak»Devona, Cindy are UCSI University Next Big Chef ‘Superstars’ 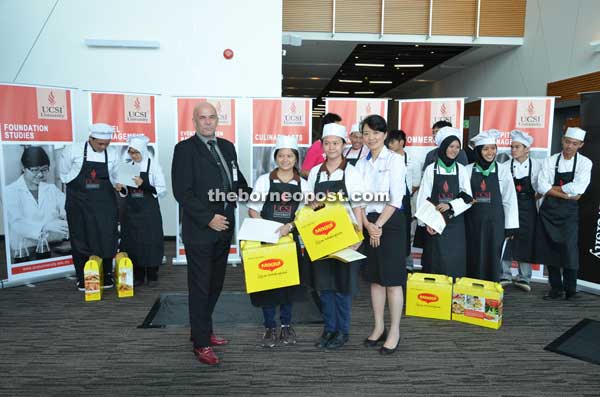 The duo from SMB St Theresa received their prizes from the university Assistant Professor of Hospitality Management Peter Hawranek who was also the chief judge.

According to UCSI senior manager for Student Enrolment Centre Samuel Pui, also participating were the winners of previous season of the Next Big Chef, which was also organised by the university.

Samuel said that the participants’ tasks were to prepare an Italian cuisine – authentic Italian pizza and also the side dish of salad.

The competitors were given an hour where all the ingredients for the dishes were prepared by the organisers (USCI).

The whole event was sponsored by Nestle and Maggie.