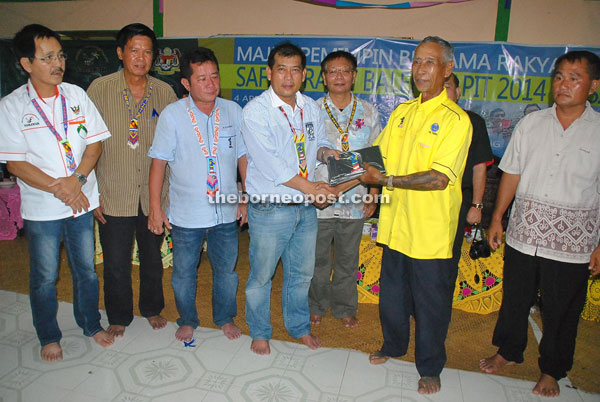 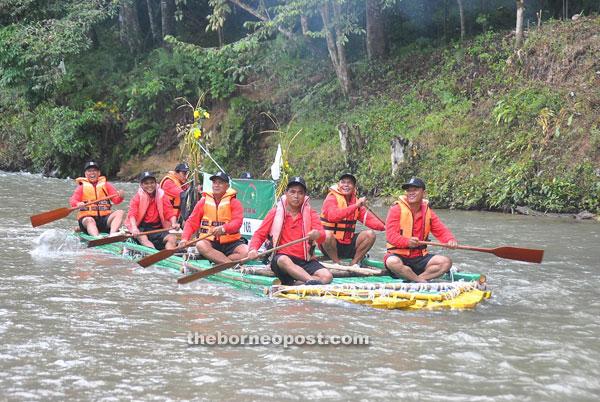 One of the raft teams from this year’s competition.

KAPIT: The Baleh-Kapit Raft Safari has helped to promote Iban culture to the outside world.

Hulu Rajang member of parliament Wilson Ugak Kumbong said as such the race is an ideal tourism product for the division.

“Rafting is part of our roots and it was the chief means of transportation in the past prior to the invention of outboard engines.

“Even though the raft is no longer in use today, the introduction of the Baleh-Kapit Raft Safari is most appropriate,” he said during the race over the weekend at Rumah Inguh, Nanga Sepitoh.

“This year is Visit Malaysia Year and the rafting competition is one of the products that can attract tourists to Kapit. I hope the participants from outside Kapit could help to promote the rafting event so that more teams will participate in the annual raft race next year.”

Ugak also announced a grant of RM15,000 for the Rumah Inguh village security and development committee (JKKK) and RM5,000 for the women’s bureau.

He also allocated RM30,000 to the Rumah Inguh JKKK for the construction of a cement footpath in front of the longhouse, while Cahya Mata Sarawak Berhad (CMSB) group managing director Datuk Richard Curtis pledged RM20,000 worth of cement.

Ugak also presented 1Malaysia laptops to community leaders from Sungai Paku and Mujong, as well as released some 2,000 tengadak fish fry into Sungai Paku to replenish the fish stock at the occasion.