Friday, August 14
You are at:Home»News»Sarawak»‘Racial lines in political divide unhealthy’ 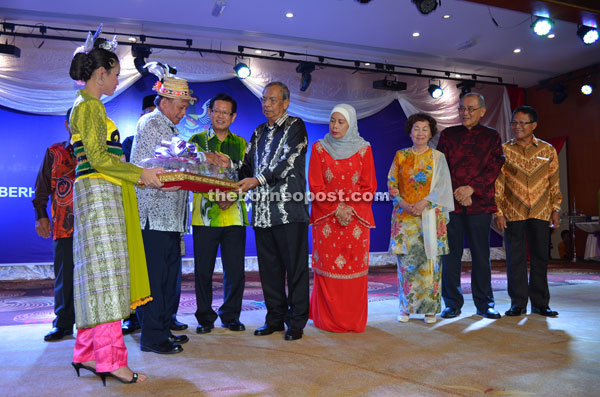 MIRI: Chief Minister Tan Sri Datuk Amar Adenan Satem does not want the opposition in the state to be made up mostly of the Chinese community, while only the Bumiputera community is in the government.

He pointed out that only two out of BN’s 55 state elected representatives are Chinese, while 14 out of the 16 opposition members are Chinese.

“So you have a big majority of Chinese in the opposition and a big majority of Bumiputera in the government. That is not a healthy state of affairs,” he said during a welcoming dinner here on Monday to mark his first official visit since becoming chief minister.

“I do not want this situation to happen in Sarawak. We have lived in harmony all these years. I do not want all the Chinese to be in the opposition and all the Bumiputeras to be in the government. That is not a healthy state of affairs.”

He stressed that the government wants to work with all ethnic groups as only this will reflect the real situation in the state.

“Are we going to have some voices participating in the government or are you just going to stay out of political buildings?” he asked.

He said the recent Balingian by-election showed that there is hope for BN to win back the support of the Chinese community.

Adenan stressed that the win was due to the efforts of all BN component parties, proving that if BN is united nothing is impossible.

On the divisions in the Sarawak United People’s Party (SUPP), he said it would take some time for the problems to be solved, but he is positive that there would be solutions.