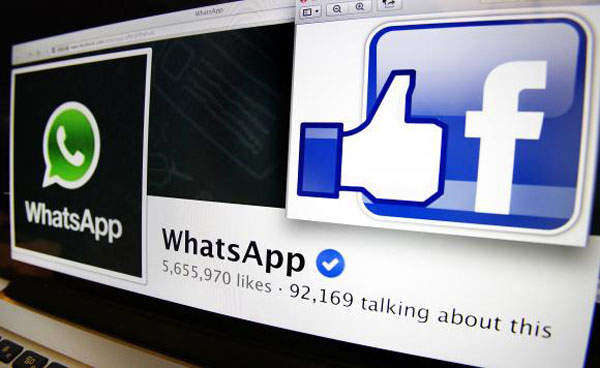 Facebook Inc shares came under pressure after the social network giant announced two deals in a span of just a few weeks, both of which raised eyebrows for their lofty price tags – the US$19 billion takeover of messaging service WhatsApp and the US$2 billion deal for virtual-reality startup Oculus VR. — Reuters photo

NEW YORK: After years of responding to shareholder calls for stock buybacks and dividends, major American companies are hearing a different demand from investors: buy growth.

In a low-growth economy in which earnings gains have trailed a run-up in share prices, investors are ready to endorse big deals if that’s what it takes to boost revenue and profits.

While stock price gains in the past year have made it tougher to find cheap targets, it also means buying back shares has become much more costly for companies.

Using their own expensive stock for deal making may reap companies more benefits than repurchasing shares at what might be the top of the market, some investors say.

About 72 per cent of announcements of acquisitions worth US$1 billion or more in value in the first quarter were followed by gains in the stock prices of the buyers, up from 60 per cent in the previous quarter and compared with a seven-year average of 50 per cent, Thomson Reuters data shows.

The trend has emboldened CEOs into striking large deals this year and has contributed to a 52 per cent jump in global deal volumes to US$756 billion in the first quarter, the best start for deal making since 2007.

While the recent pullback in prices of some of the biggest gainers of 2013 may delay some deals, that is largely seen as a temporary blip.

Buying growth through acquisitions – which often come with job cuts and other cost reductions – may not be entirely good news for a US economy that is desperate for increased capital spending to boost a low growth rate and employment.

Many companies are opting to buy an established entity with a proven track record rather than investing in developing their existing businesses at a time when demand from consumers and businesses is still stuttering.

“We’ve had a long period after the recession where companies were afraid to invest their capital, and money was going into buybacks and dividends,” said Lew Piantedosi, portfolio manager at Boston asset management firm Eaton Vance Corp.

“That’s all good, but ultimately you want to see companies invest in their business,” Piantedosi said.

Shareholders have historically pushed stocks lower when companies announce a takeover, because buyers have to offer a substantial premium to make a deal worthwhile for sellers and can easily be tempted to overpay.

Taking on additional debt to fund a purchase can weigh on credit ratings, and some of the largest deals in the past 20 years have failed, leaving plenty of wreckage and hurting shareholders.

Some investors say they are prepared to swallow deal risks, though, provided that an acquisition has clear strategic benefits, such as consolidating a fragmented industry and generating significant cost savings.

“Companies cut down costs and tried to become more profitable, yet revenue growth rates haven’t really changed so companies should be doing more than just stock buybacks, which don’t change revenue,” said Mike Obuchowski, chief investment officer at Boston-based Merlin Asset Management. “One of the ways to do this is through acquisitions,” he said. — Reuters