Thursday, April 9
You are at:Home»News»Sarawak»More needs to be done for Miri to be choice tourist destination 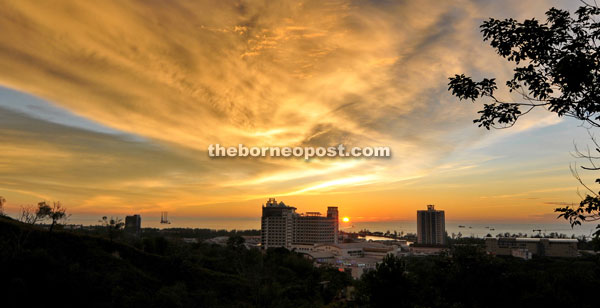 A beautiful sunset view in Miri, a city known as a hundred-year-old oil town which was elevated to a city and later made popular as a resort city. 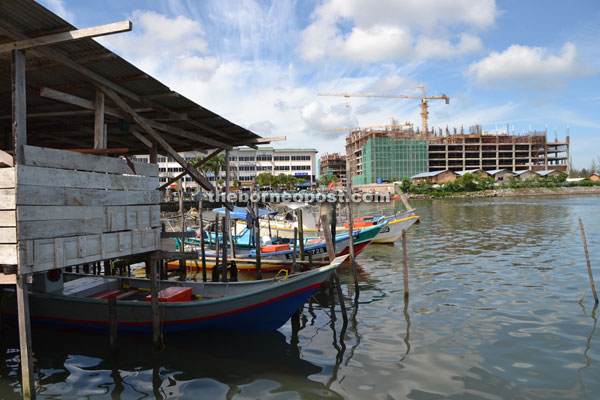 The best possible location for the public harbour would be near the river mouth, as it is more convenient for both large and small boats due to its higher water depth. 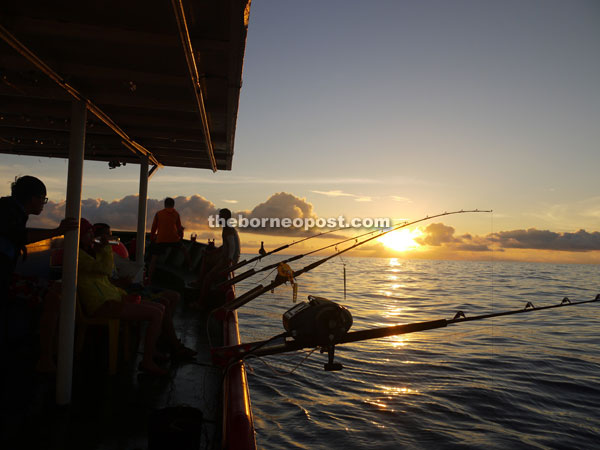 Miri’s fishing destinations like Lucornia have won the hearts of anglers from around the world.

MIRI: While the whole nation is celebrating the biggest and grandest tourism event – the Visit Malaysia Year 2014 – there should be more introduction on Miri City which grew from a quiet fishing village, and known as a hundred-year-old oil town which was elevated to city status and later made popular as a resort city.

Commonly known among nature explorers as a transit to Niah Caves located about an hour’s drive from the city centre, ground checks by The Borneo Post found that local residents seem not to have the best idea on how to introduce the city to visitors.

“Despite working in the hospitality and hotel industry, I personally have a similar problem when approached by tourists and friends who asked on tips to tour around Miri City,” Nicholas Jong, an advertising and promotion executive in a local hotel here shared with The Borneo Post.

Shopping, he insisted, is not the main priority for holidaymakers, particularly those from western countries, Japan, Korea and also China, who would prefer to spend painstaking long hours on the road, just to get to places like Lambir Hills National Park and Borneo Tropical Rainforest Resort, not forgetting the nearest sightseeing place – the Crocodile Farm in Kuala Baram.

For Jong, a hotel front desk office plays an important role in introducing the right places of interest to tourists.

He lamented that transportation in Miri is unfortunately a major problem unlike in other cities, as hotels here usually prepare shuttle buses or vans specifically for going to and fro the airport but not for touring around the city.

“Options like public buses meet problems as there are no clear instructions on the bus route and the expensive taxi ride would exhaust the wallet, thus tourists especially backpackers prefer to walk to get to places.”

“Perhaps, expanding the tourism business to bicycle or car rental with affordable prices or offering day tour shuttle buses could be a great idea, which both the government and private sector should seriously consider,” he suggests.

A representative, William (not real name), from the Visitors’ Information Centre here revealed to The Borneo Post that Miri has a consistent flow of visitors.

“On a monthly basis, Miri has an average record of nearly 200 travellers and backpackers coming in seeking for information and advice. During peak season, the number could reach up to 400 travellers in a month,” he said.

Asked on the most popular destination for tourists, he said Mulu was still the top choice, with Niah Caves in Batu Niah in second place while diving sports at Miri-Sibuti Coral Reef National Park has quickly gained popularity among diving enthusiasts.

“Apart from being a transit stop, Miri is still suitable for short stays,” he opined.

Serious travellers, he remarked, should spend more time here to enable them to explore places of interest not listed in tour brochures.

“Nature walk in Piasau Camp, fishing sports or merely lazing on beaches like Luak Esplanade, Hawaii Beach or Lutong beach, these are the options for those who prefer to chill around,” he said.

On transportation, he agreed that the limited option leaves visitors with no choice but to fork out more, after considering their own safety and to save time.

“Our centre is strategically located next to the public bus terminal (opposite MCC Field), thus we would advise travellers who wish to save money to take public bus, while those who want to travel further can either book a taxi or travel on long-distance charter buses.”

The Visitors’ Information Centre, an agency under Sarawak Tourism Board (STB), offers services like booking of adventure parks and advises tourists on transportation and accommodation.

Brochures and maps, which are usually updated on a yearly basis, are available for free at the centre.

Interestingly, the highly popular fishing sport and Miri’s fishing spots like Lucornia have won the hearts of anglers from around the world, such as those from Australia, Norway, England as well as parts of Asia like Singapore, Brunei, China and India.

However, the sad truth is Miri lacks a proper public harbour to cater to the thousands of anglers coming here each year.

President of Miri Anglers’ Club, Yee Chung Chai, said his club had appealed countless times to the state government to build the facility but to no avail.

“Currently, most fishing tours and local anglers are using a temporary harbour which belongs to a company.”

He said this is despite the fact that Miri is a fishing haven.

“Imagine what foreign tourists would think of Miri when they see our so-called harbour, it could really ruin the city’s eco-tourism industry,” Yee remarked in disappointment after being left with absolutely no response from the government.

Ignorance and excuses, he insisted, are not helping at all.

Yee reiterated that the best possible location for the public harbour would be near the river mouth, as it is more convenient for both large and small boats due its higher water depth.

“I believe other anglers share the same wish, which is to see a proper harbour built here,” he concluded.