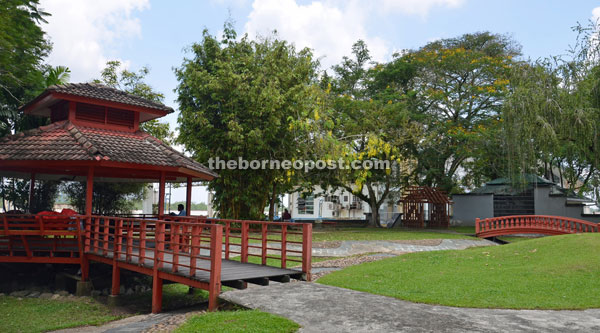 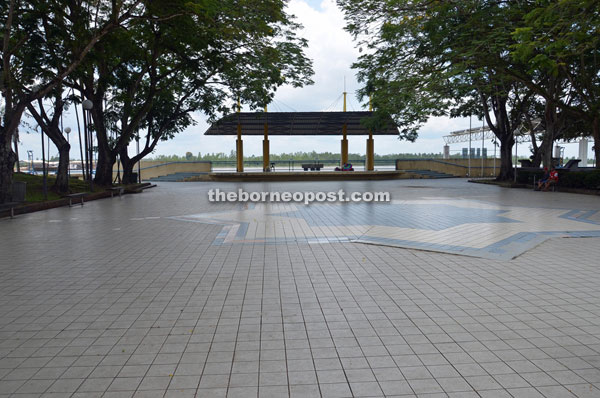 The stage and large area suitable for holding gathering. 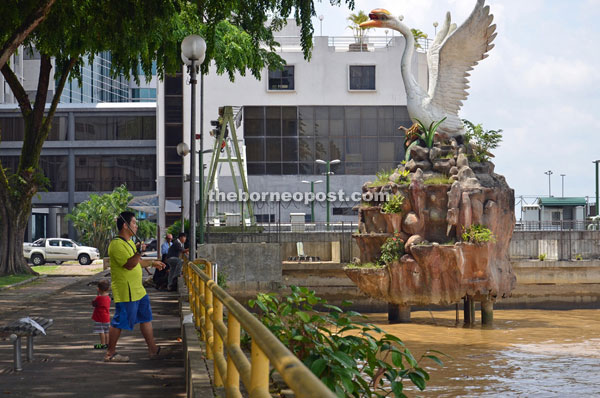 People fishing at the esplanade. 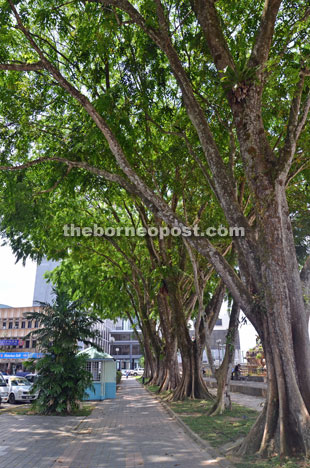 The trees in front of the esplanade provide shade for joggers and the public. 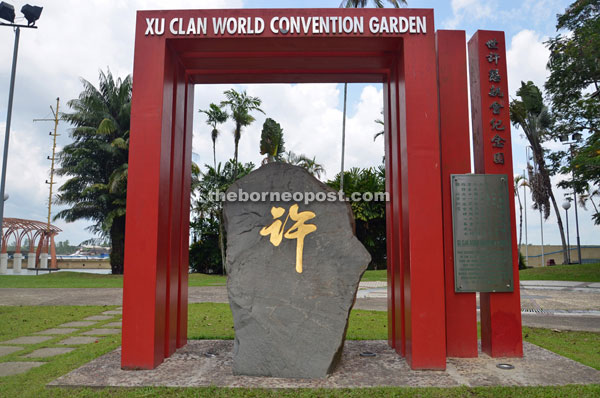 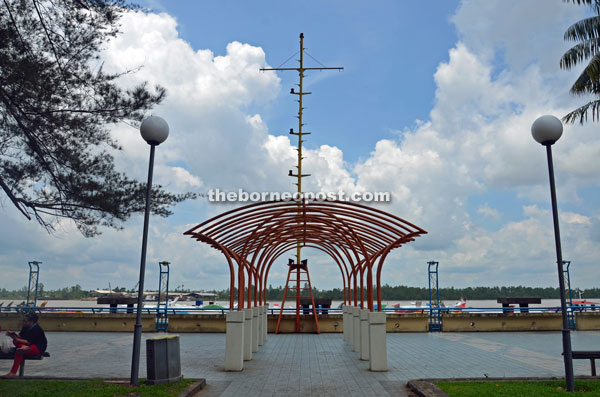 The structure that resembles the mast of a ship with its navigation lights attached to it.

SIBU: The Rajang Esplanade in Maju Road here is an ideal place for a host of activities, noted Sarawak Tourism Board (STB) Sibu executive Rudy Anoi who said yesterday that the mighty Rajang River was in itself a wonder to behold from the esplanade.

“I would suggest to the non-governmental organisations (NGOs) and government agencies and departments to make good use of the esplanade to stage their activities.

“For example, they can hold a cultural show once every two months. By doing so, it will make the recreational area livelier,” he told The Borneo Post.

Rudy said facilities there included a stage and a large area for holding gatherings.

“Tourists may want to party at the esplanade instead of their usual gatherings cordoned off in hotels.

“Schools are also encouraged to stage some of their activities there,” he added.

Rajang Esplanade was completed in 1988, fronting a few blocks of shop houses.

Before the shop houses came into being, the area was infamously known for its Mission Road red-light district where at least 100 ‘ladies of the night’ dwelled in wooden houses built on stilts.

The land was subsequently reclaimed and was transformed into a beautiful esplanade by the Sibu Municipal Council (SMC) at a cost of RM916,175.

Among the attractions in the area are a swan statue which is the symbol of Sibu town, a structure that resembles the mast of a ship with navigation lights and a mini Xu Clan World Convention Garden.

The garden was jointly constructed by the Third, Sixth and Seventh Divisions Koh Yang Hii Association Sarawak and SMC to commemorate the 11th Biennial World Convention of Xu Clannish Association in Sibu in 2002.

The esplanade is a hot spot for anglers, joggers and tai chi practitioners.