Saturday, September 26
You are at:Home»News»Sabah»66 houses with illegals face demolition 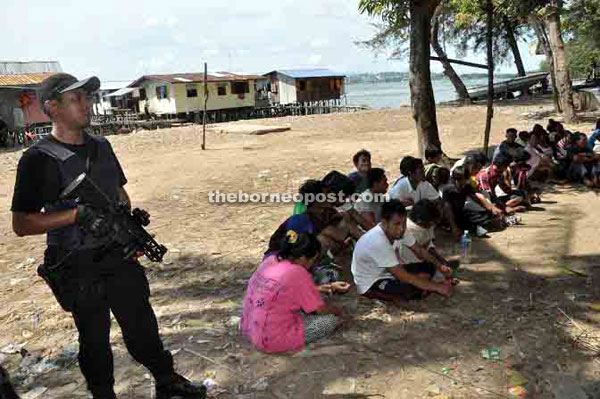 The 5am operation also saw 66 houses issued with notices for demolition for allowing illegal immigrants to reside there.

“Of the 400 individuals, 75 were taken to a location for documentation inspection, and 35 people, aged 20 until 40, were arrested.

“Five of those detained are also wanted by the police for previous criminal records such as drugs, robbery and possession of stolen items, while the remaining 18 men and two women were arrested for drug abuse,” he said when met during the operation at Kampung Pondo, Pulau Gaya, here yesterday.

Meanwhile, Jauteh said yesterday’s operation was the first phase, and the second phase would be implemented within seven days.

“For the second phase, we will re-inspect the houses that have been given notices to be pulled down and after seven days, if City Hall finds the houses still standing, they will be demolished immediately,” he said.